On getting into a crisis situation, a person will always try to adapt. This new state is often perceived as “borderline” and it can be called “temporary death” while the crisis world is perceived as chaotic and hostile, in other words, “a world without meaning”.

However, in my opinion, the structure of this “other existence” has a universal logic, regardless of the cause of the crisis, whether it is a personal or public one, or it has occurred as a result of war or natural disaster, illness or social isolation, including the isolation of a person convicted of a crime.

Now all of us have become prisoners, restricted in our freedom, and none of us knows exactly the term of our imprisonment. We are starting to adjust to the situation, in accordance with traditional methods of survival in a crisis situation, through the process of mythologizing our current existence. When a person is not able to understand the world he lives in and think rationally about the future, he begins to fill his mind with symbols and rituals.

Having an excess of time and lack of materials, I have found available materials suitable for other purposes and have filled them with a new meaning in an attempt to reveal their full potential. In this new reality, bread has become for me almost the only available medium for creating sculptures, and I am carrying on the Russian tradition of prisoners who would model things from the soft inner part of bread called the “crumb”. 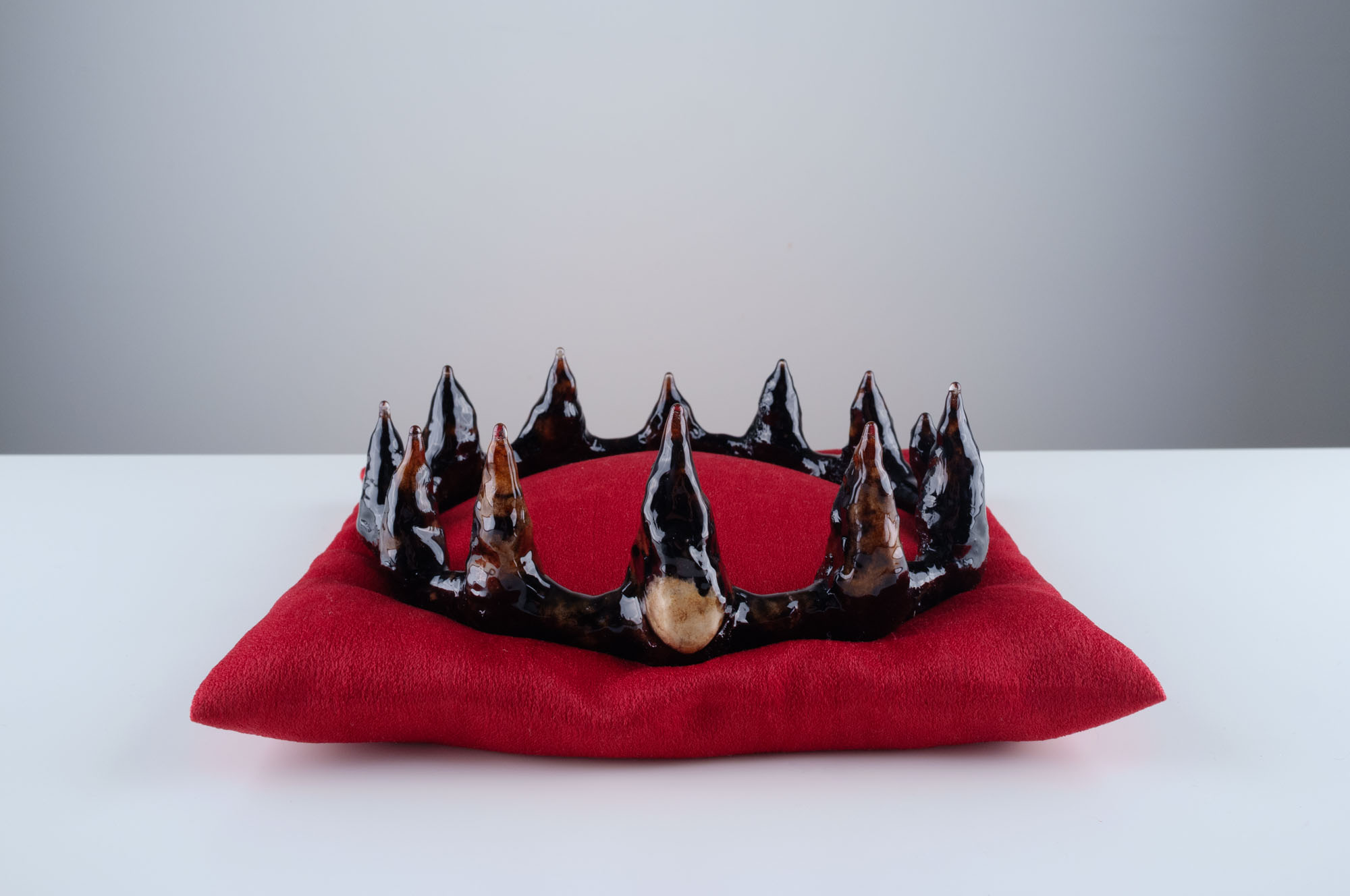 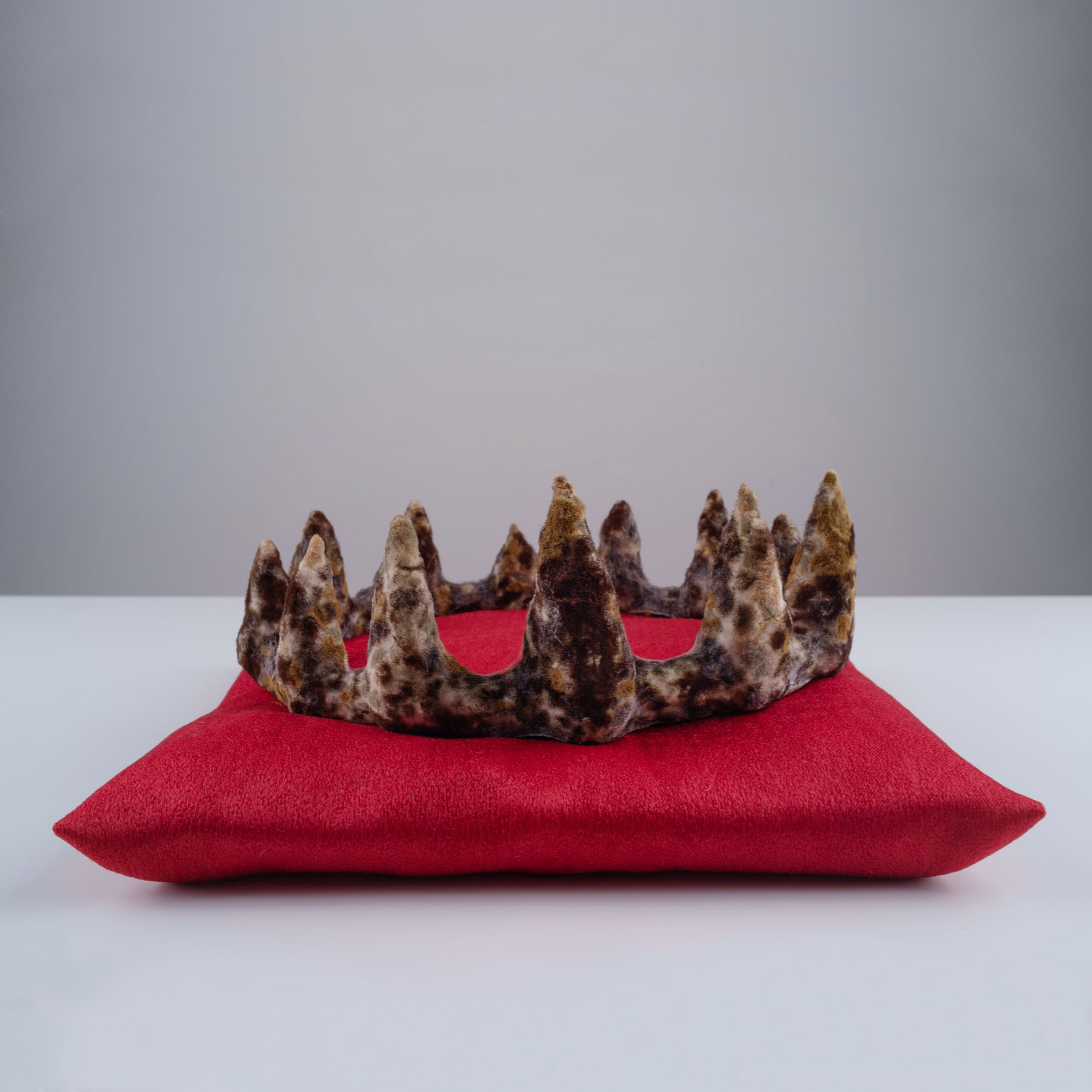 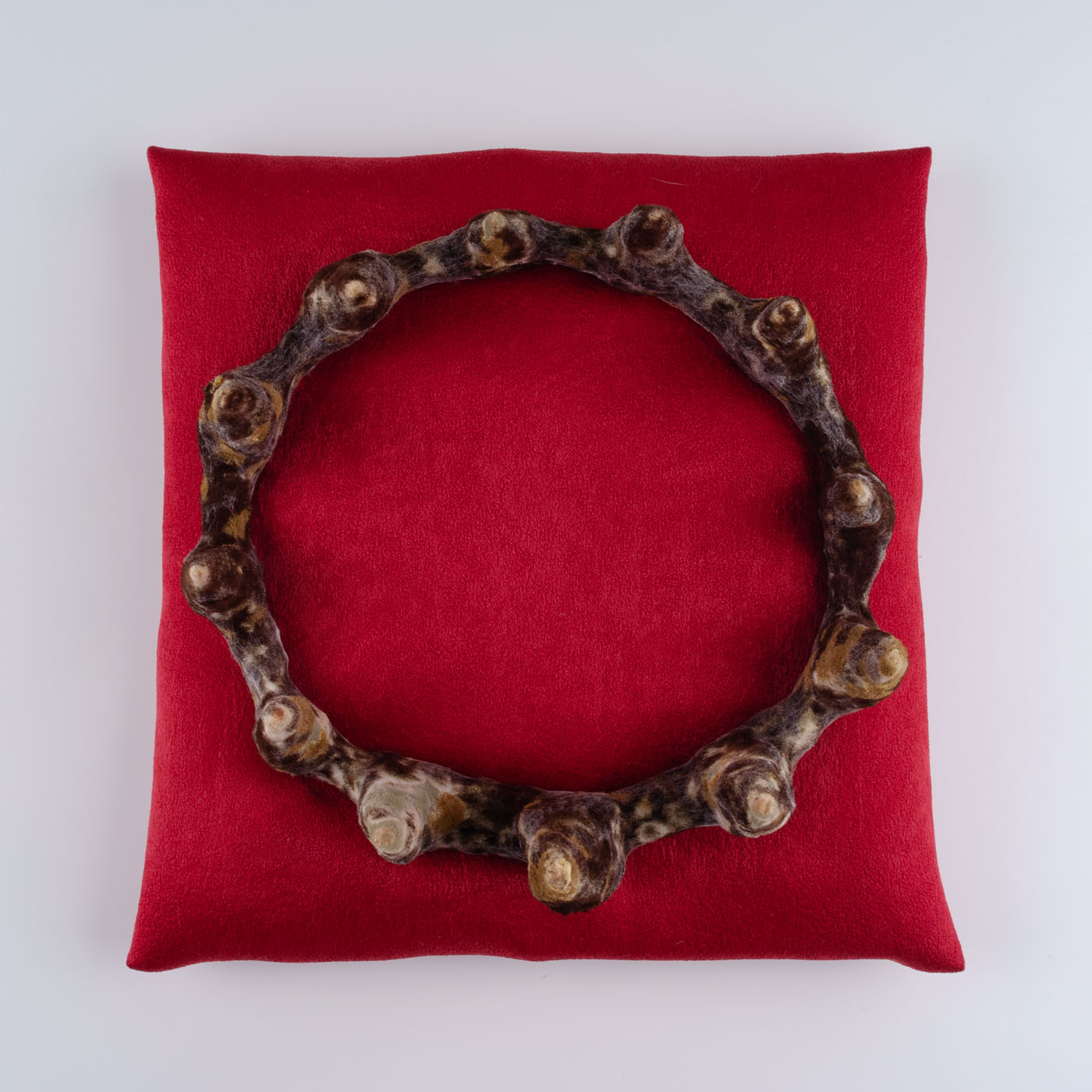 In folk culture bread is an object that has a special sacred power, a central cultural symbol, the embodiment of life. In Christianity bread is understood to be a gift from God and at the same time an individual living being or perhaps even an image of the deity himself.

This crown made of bread and mould reminds us that all spheres of personal and public life are plunged into crisis. This is a symbol of the decline of power, when public trust in the government, the social and political structure of the state, is lost. What is more, we are also experiencing another crisis of faith, for us the new religion is science, and all our hopes for the future are mainly based on it. 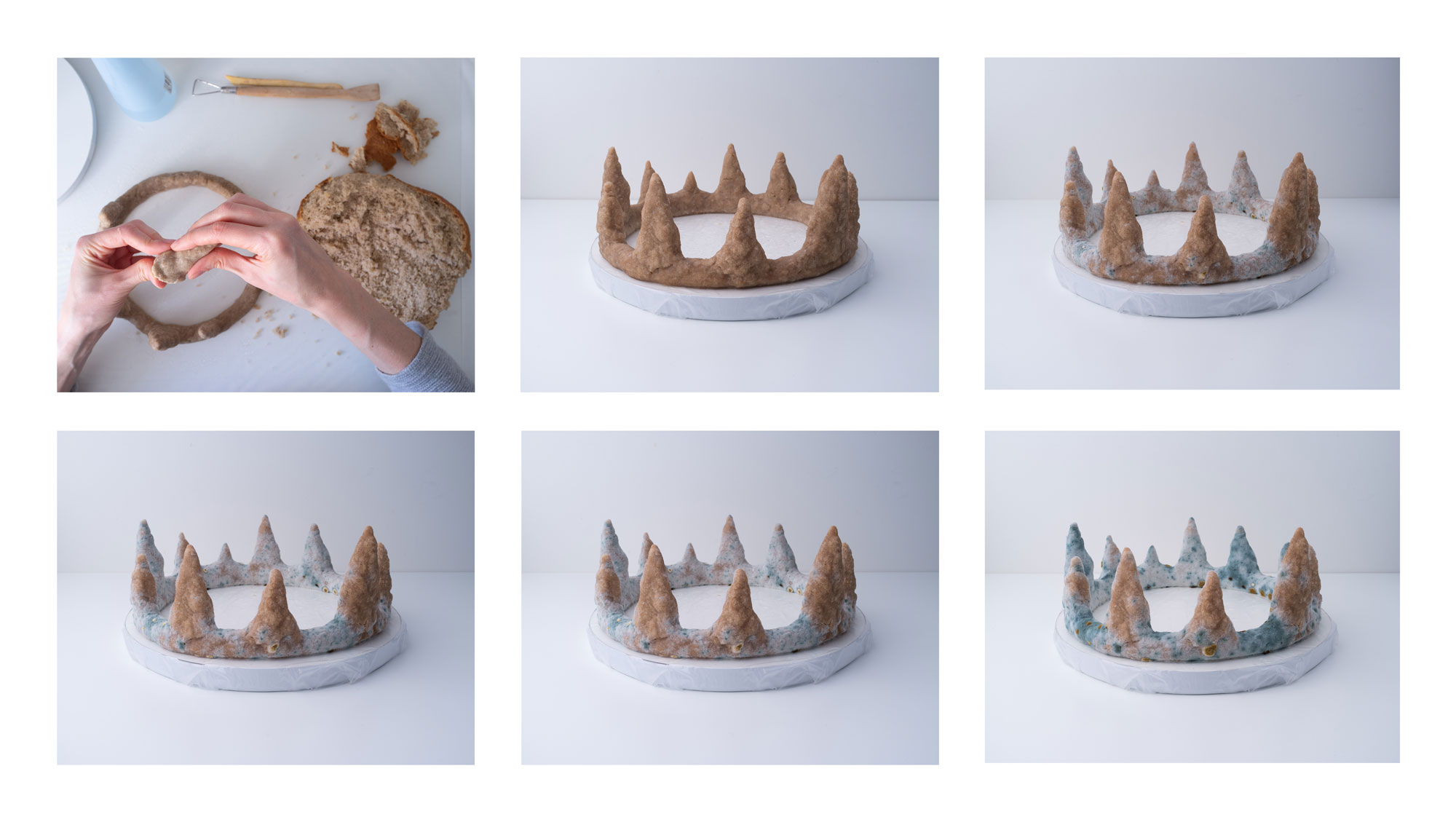 Mould as a symbol can be seen from opposing points of view. On one hand, it is a sign of decay, degradation and a source of danger. I keep it isolated, as an “infected” object, in a glass flask. The inner surface of the flask is covered with “perspiration” as if the body of the sculpture is suffering from severe fever. I only touch the flask with protective gloves and wearing a respirator. On the other hand, mould has an amazing ability to survive. It gets adapted easily to new conditions and it is always reborn. In this context, we should compare mould with humanity, not with the disease.

From my point of view, I see the crown made of bread crumb and mould as a symbol of our era. 2020 has created an army of imprisoned narcissists sitting in their own myths. We have tried to put crowns on our heads and teach others to live in quarantine, but the crowns have quickly become covered with beautiful mould, because we can only make them from essential goods. 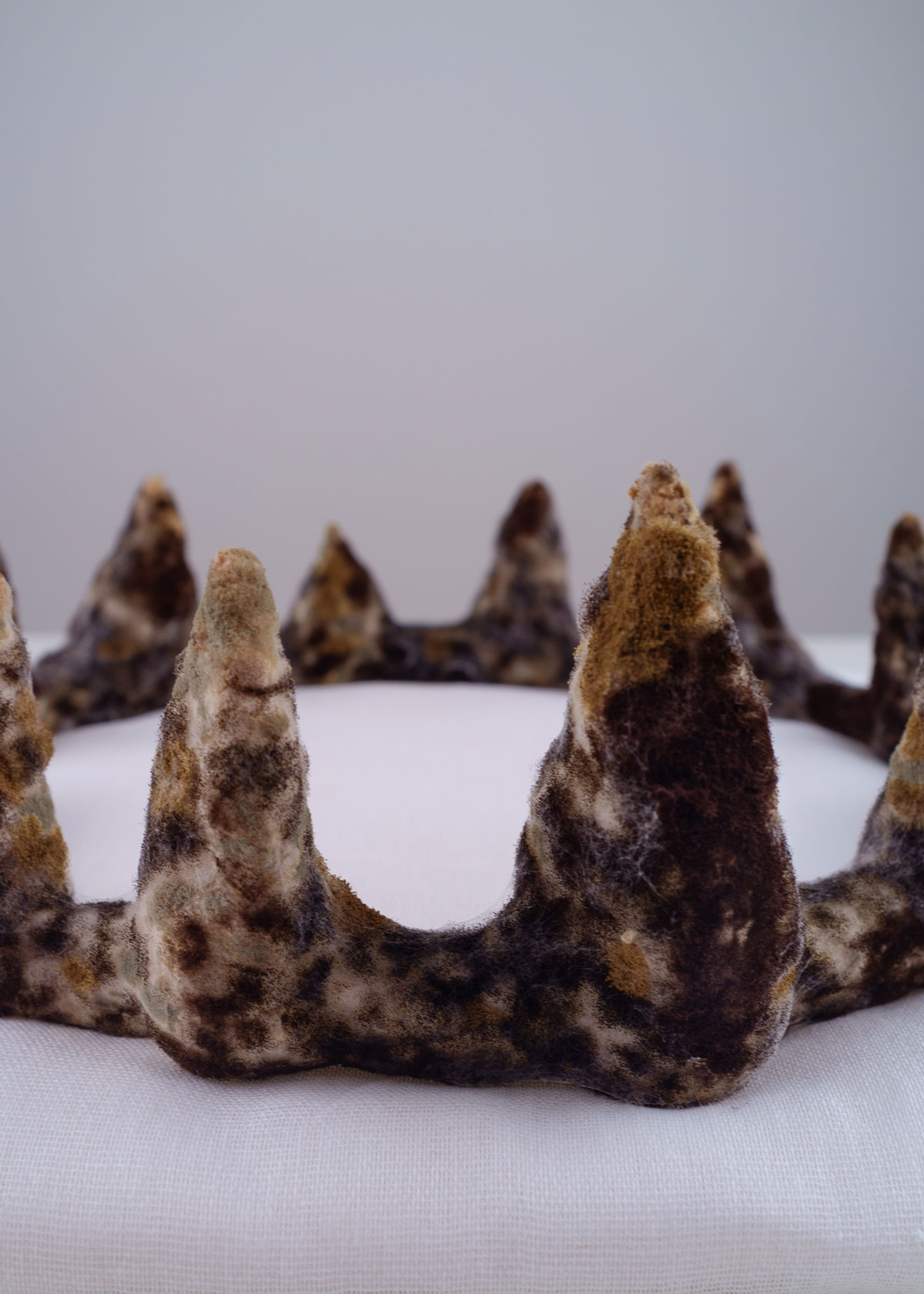 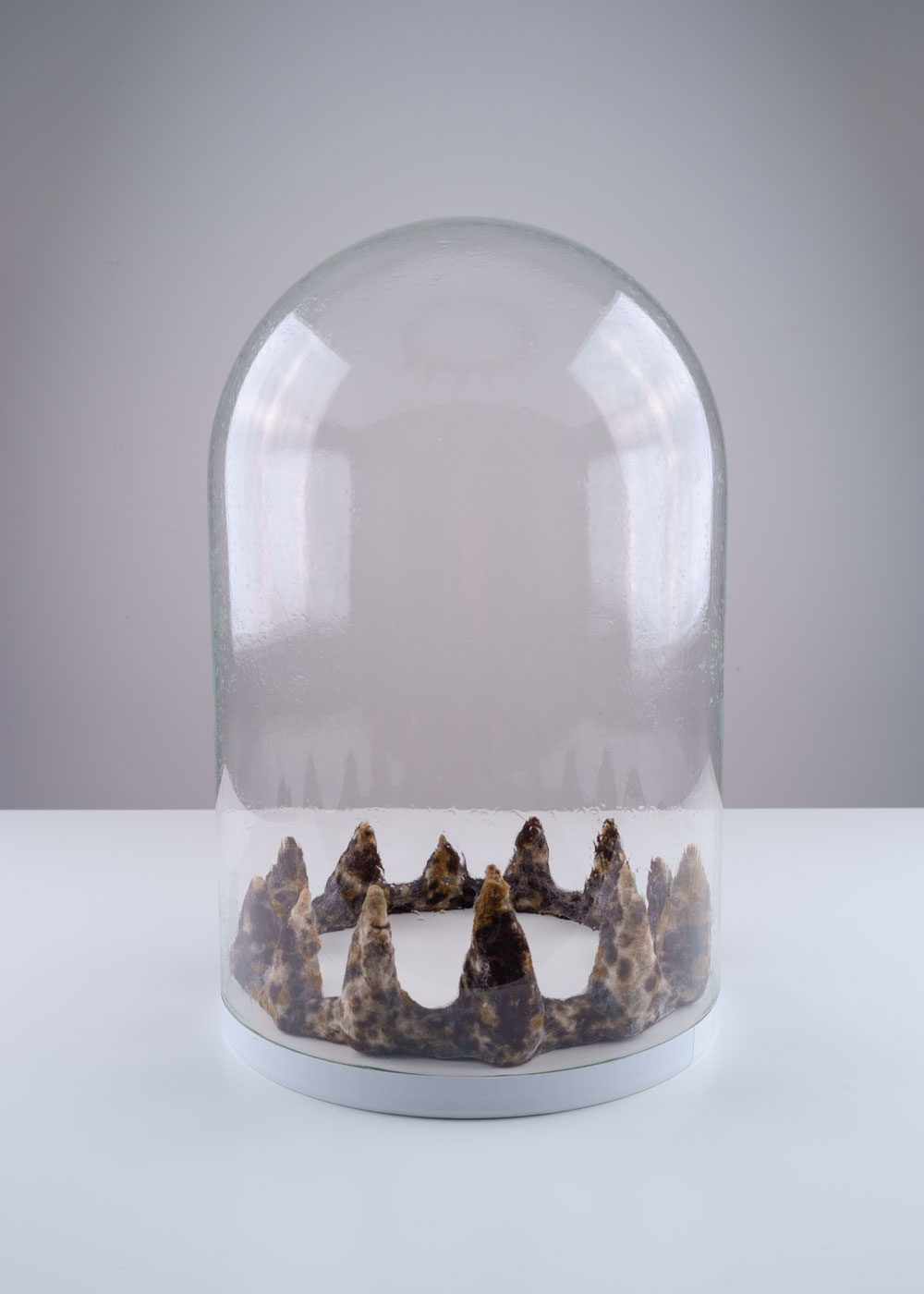 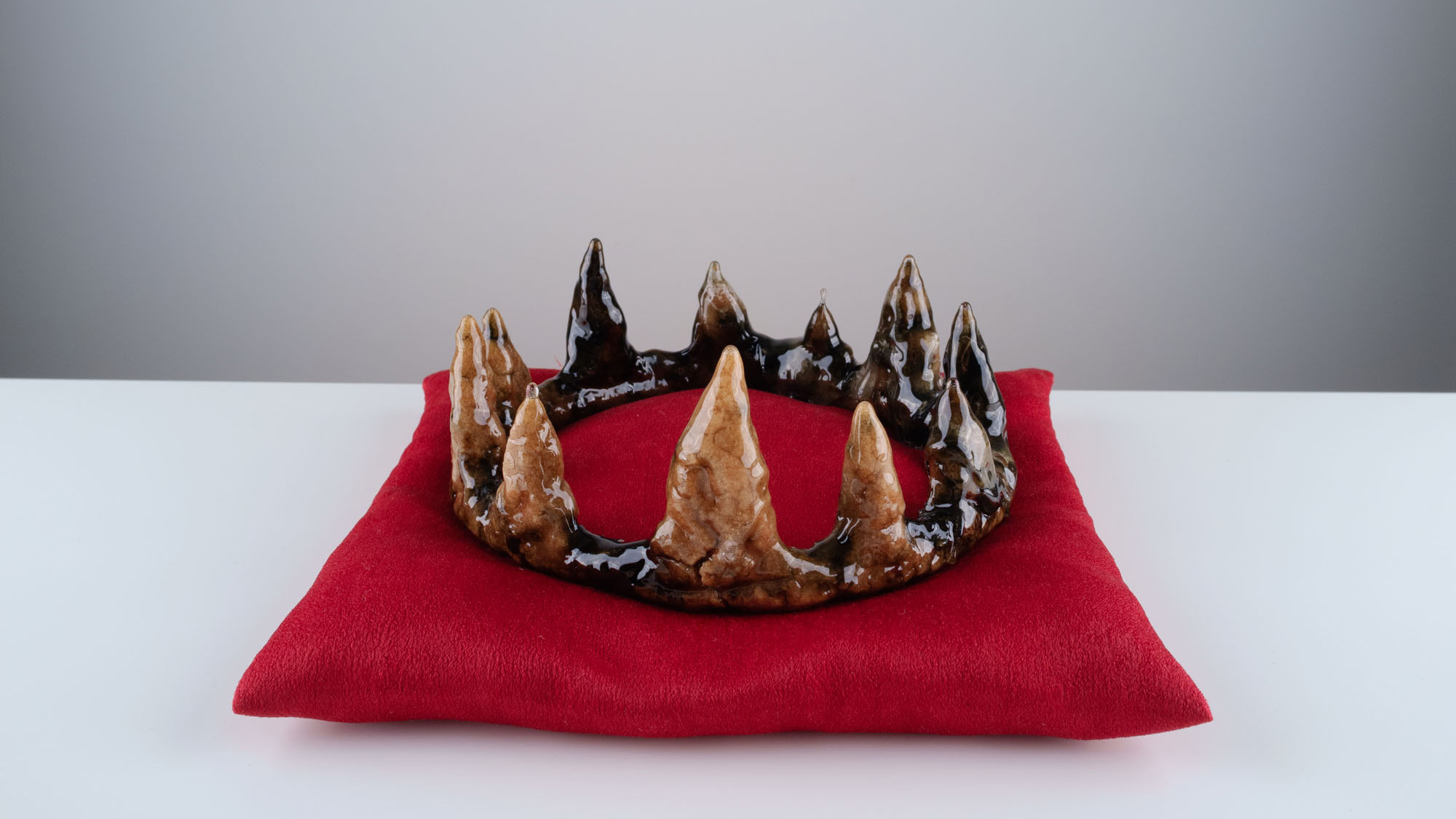