The criticism of violence 2.0

The person’s inability to self-control can be compensated by a technical adaptation, a shock collar, which will cause the consciousness to be in balance with itself and reality.

The object is a device that responds to the volume of the voice. If it is louder than 75 decibels (scream), then a warning signal appears twice, for the third time, electric discharge of 6 volts, harmless to health, but tangible to the neck, is triggered.

This wearable device is designed to help people with emotion control. The first time is due to the reflex, but eventually, the consciousness is immersed in a state of harmony and the need to scream disappears.
The decision to use such a device could be made voluntarily to learn to control anger. Or it would be acceptable to assume that wearing the device could be a sanction. For example, if the individual has been found to be involved in domestic violence or animal cruelty. But here a great deal of speculation and legal and ethical questions arise. The question remains open as to whether violence as such, violence as a principle, even if it is used to achieve just ends, is moral? 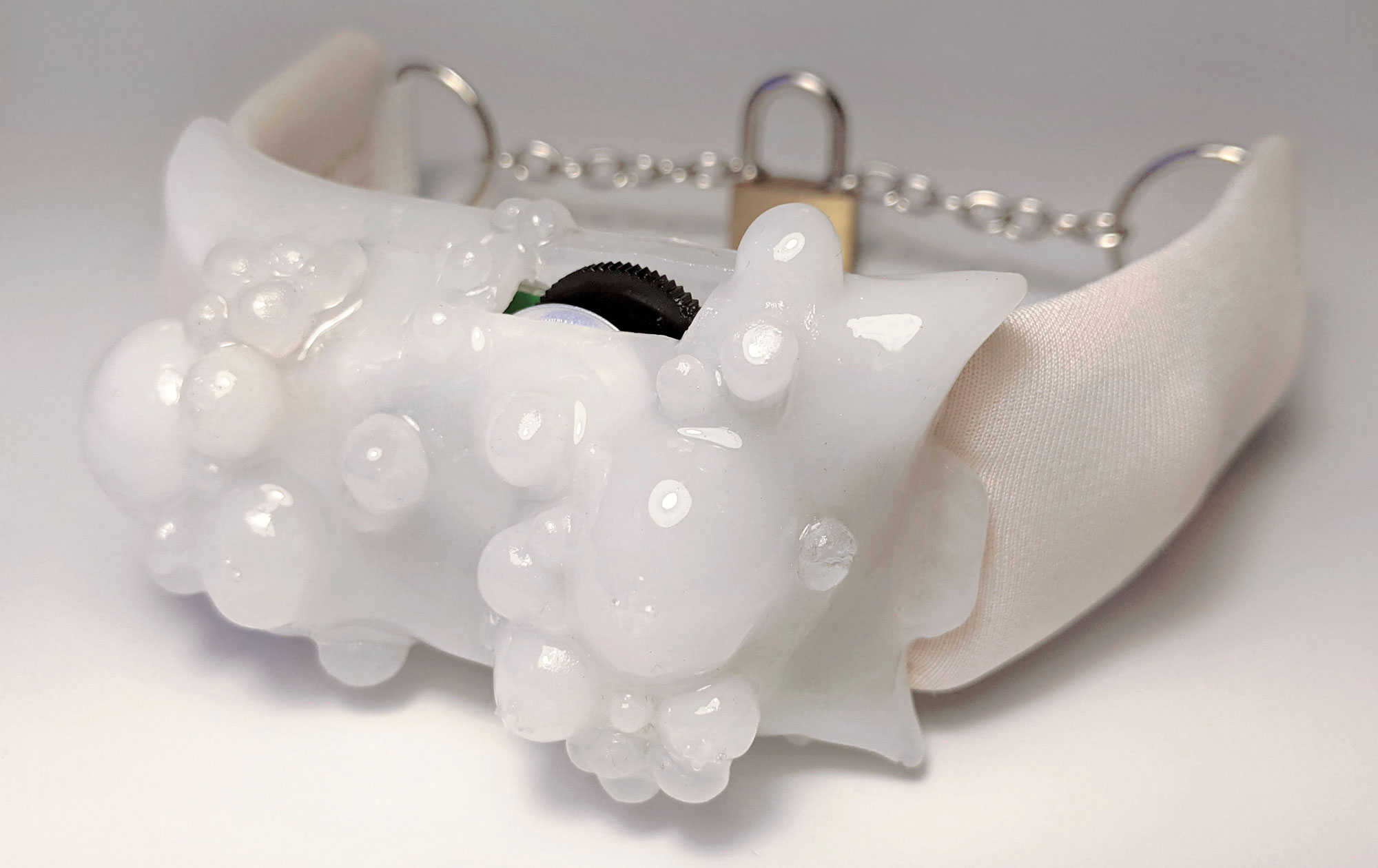 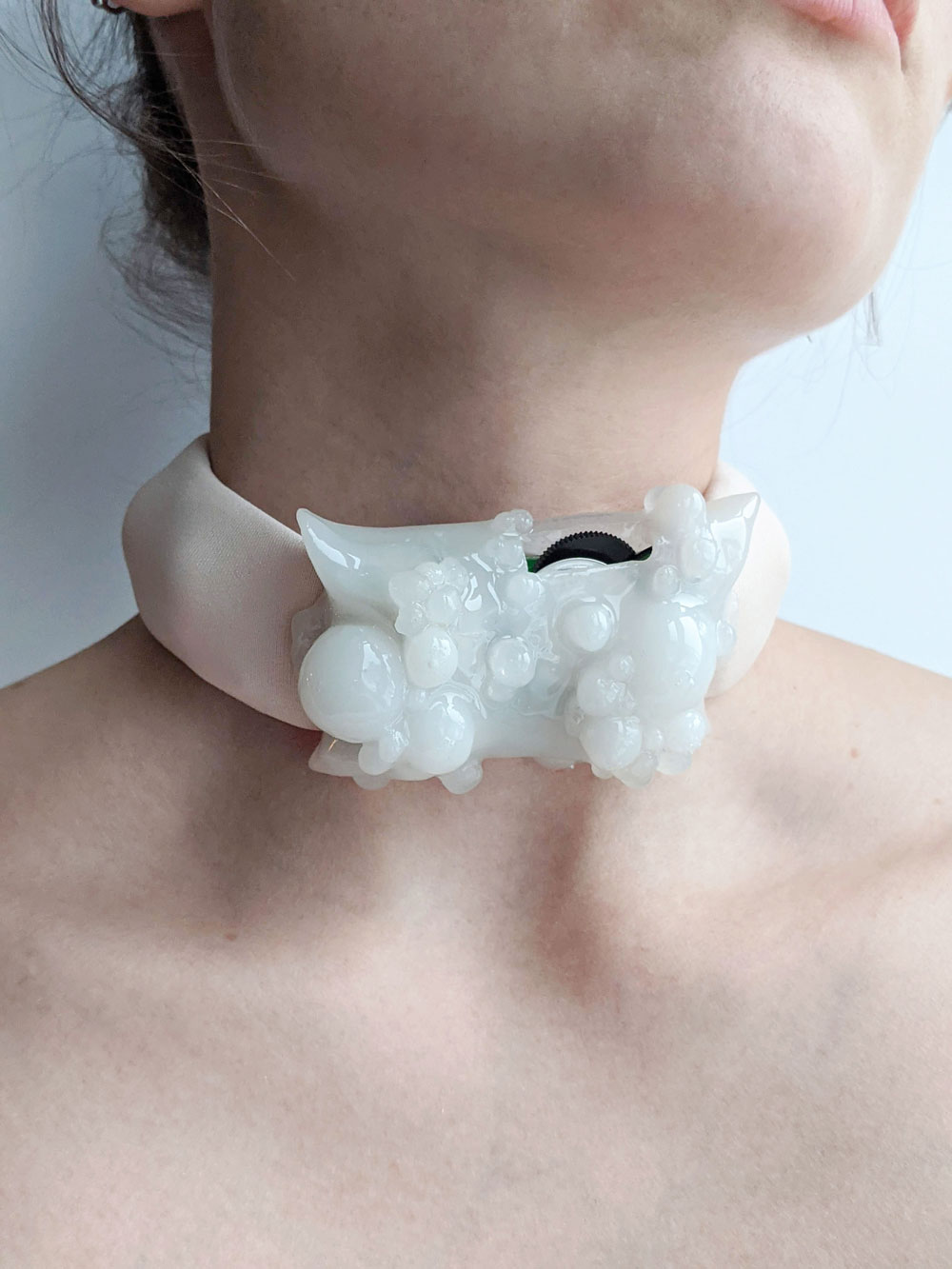 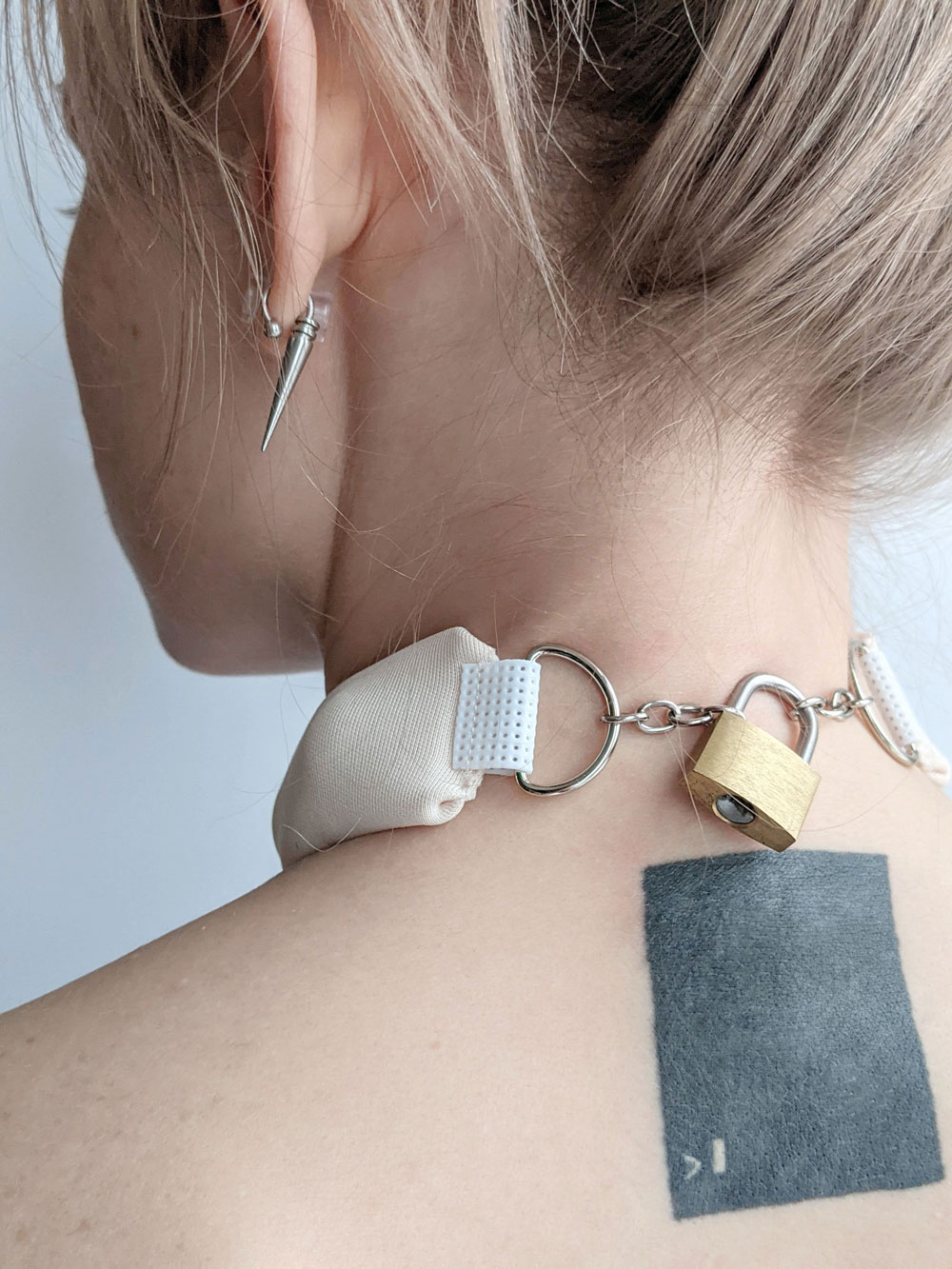 Back in 2014 I was in a toxic relationship. My partner poorly controlled his emotions and often raised his voice. Not only with me, but with other people as well. I came up with an electronic device that, in theory, could become a mediator not only in our relationship, but also in a relationship between a toxic person and society.

Having had an experience of growing up in the Caucasus I didn’t really find the idea of violence problematic back in 2014. The traditional eye-for-an-eye behaviour is often (but not always) encouraged there. It seemed logical to me that a person who violates ethical rules or law deserves punishment.

Now the use of sanctioned violence against another person does not seem acceptable to me. On the contrary, it seems to be a destructive and dangerous practice. A punitive system becomes a good source of hierarchies. There is a large field for speculation in law, and given the fact that the state is the only legitimate source of violence, it can become an instrument of oppression. The use of special devices that would mark a person and bring him physical and mental discomfort also becomes a tool for alienating the body and losing control over the body, as in the cases of forced psychological treatment or corrective rape.

6 years later, I now have the answer to my own question from 2014. Violence is unacceptable and it is a disease of society. This judgment does not apply to voluntary sexual practices, anger, and some cases of violence as an instrument of civil protest. I now consider the device I have created as a functional piece of jewelry, the decision to wear which can only be made voluntarily. 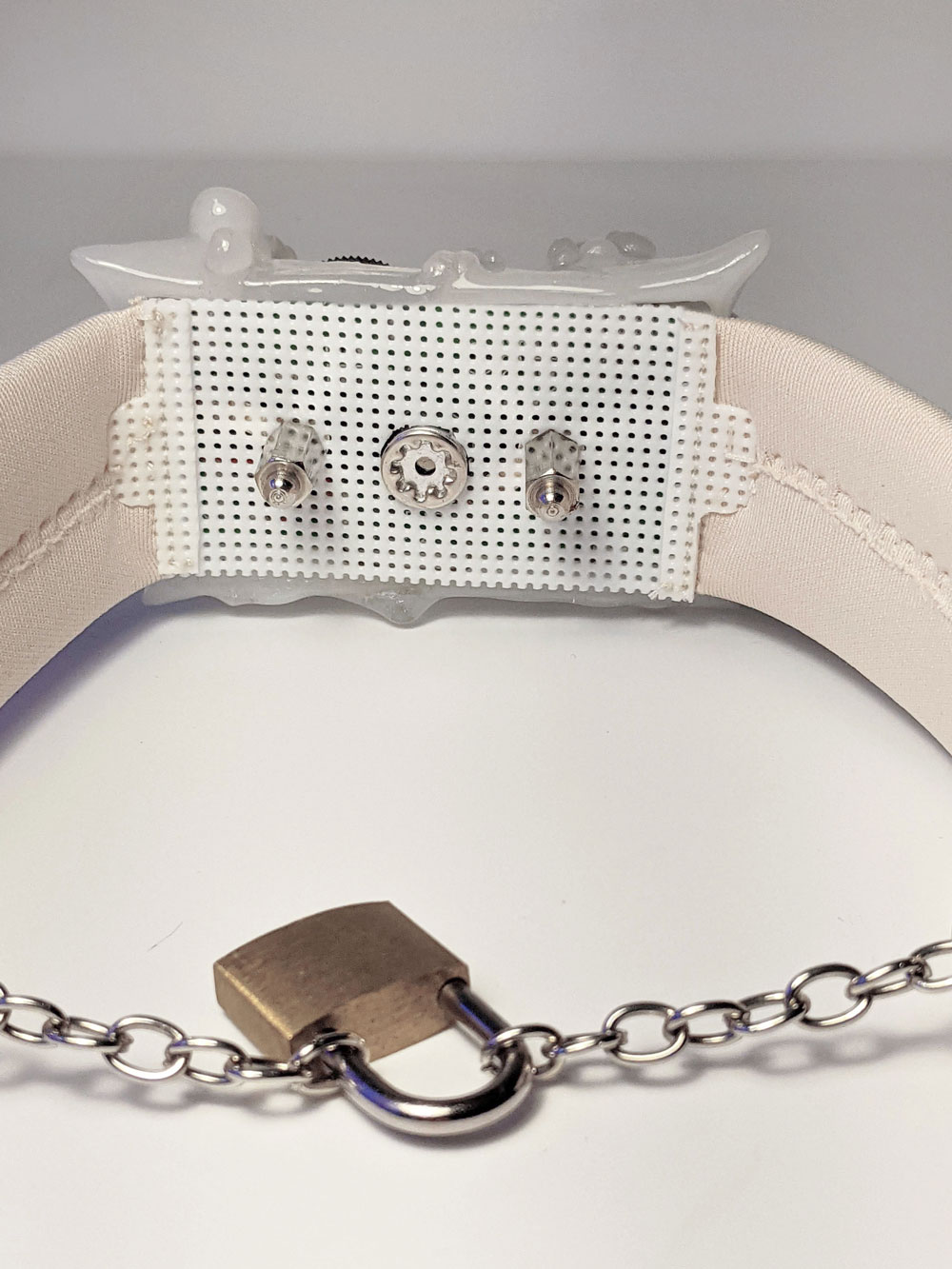 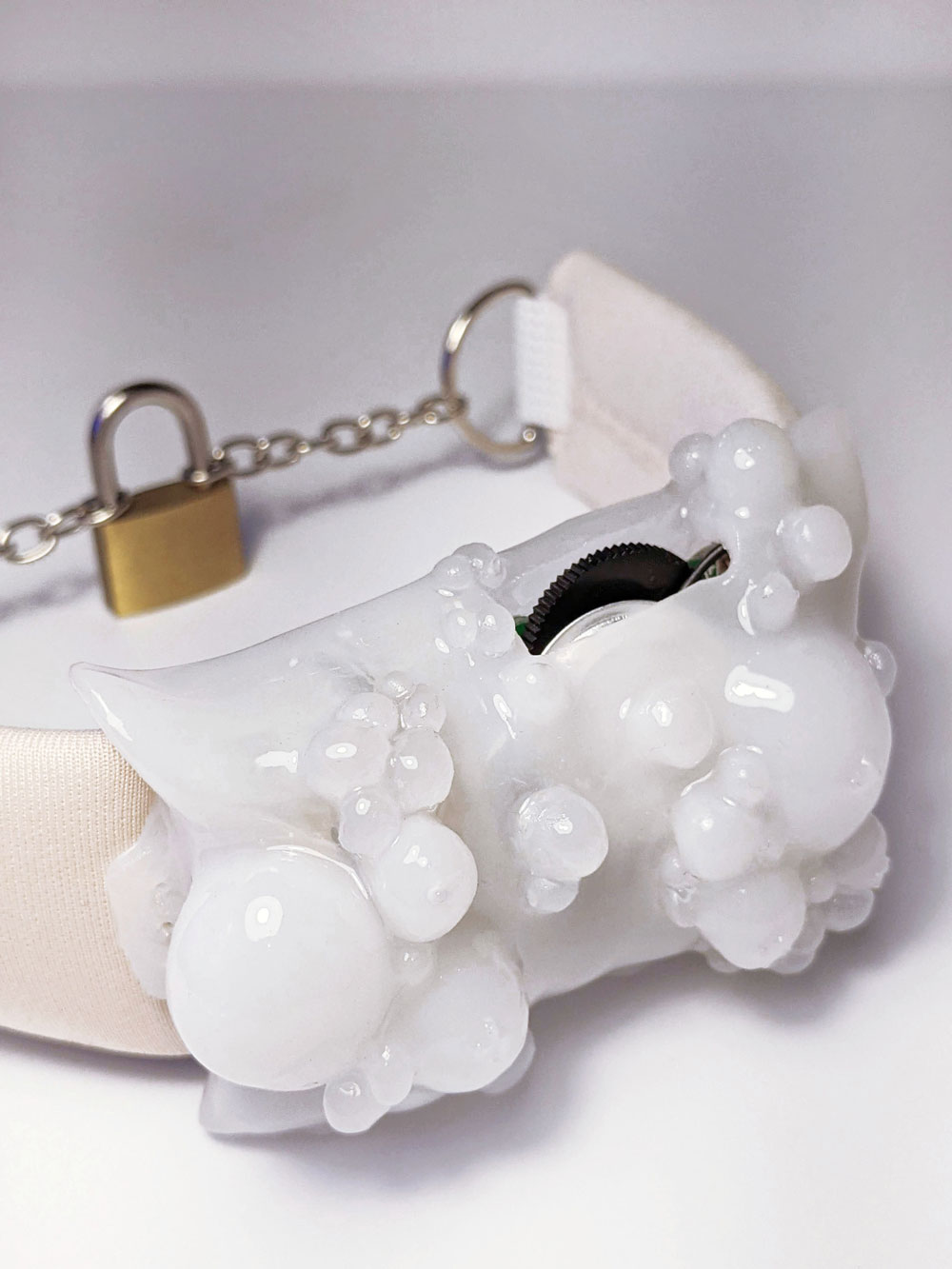 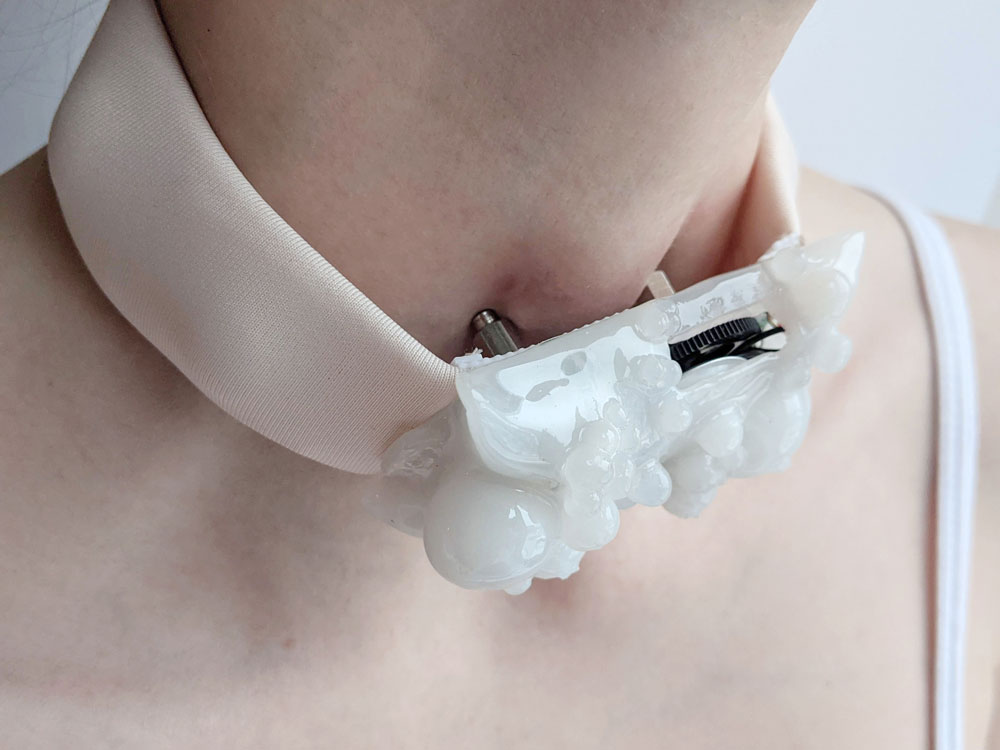 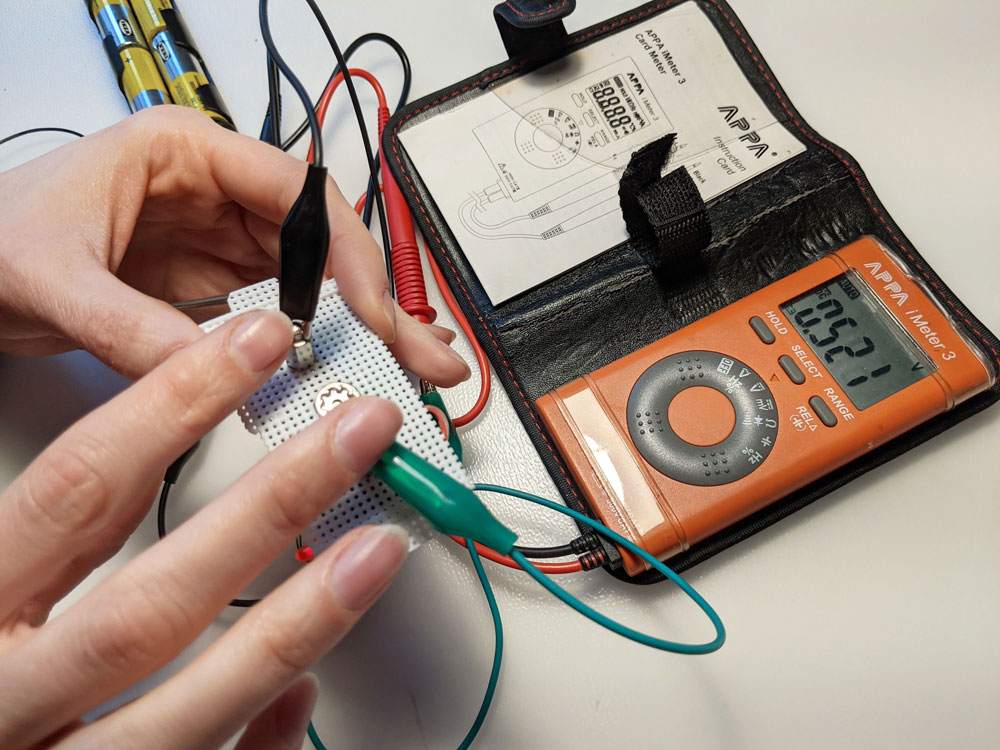