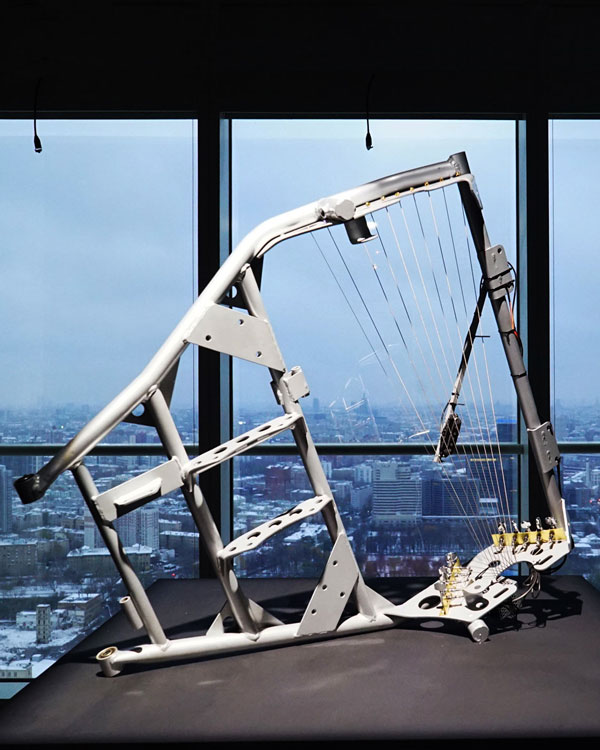 ZID is a series of several kinetic sound objects. The elements used as the basis for tools were found and had a non-obvious technical purpose. Some of them are probably remnants of materials or workpieces that got rejected, while others are finished products that we use for other purposes. 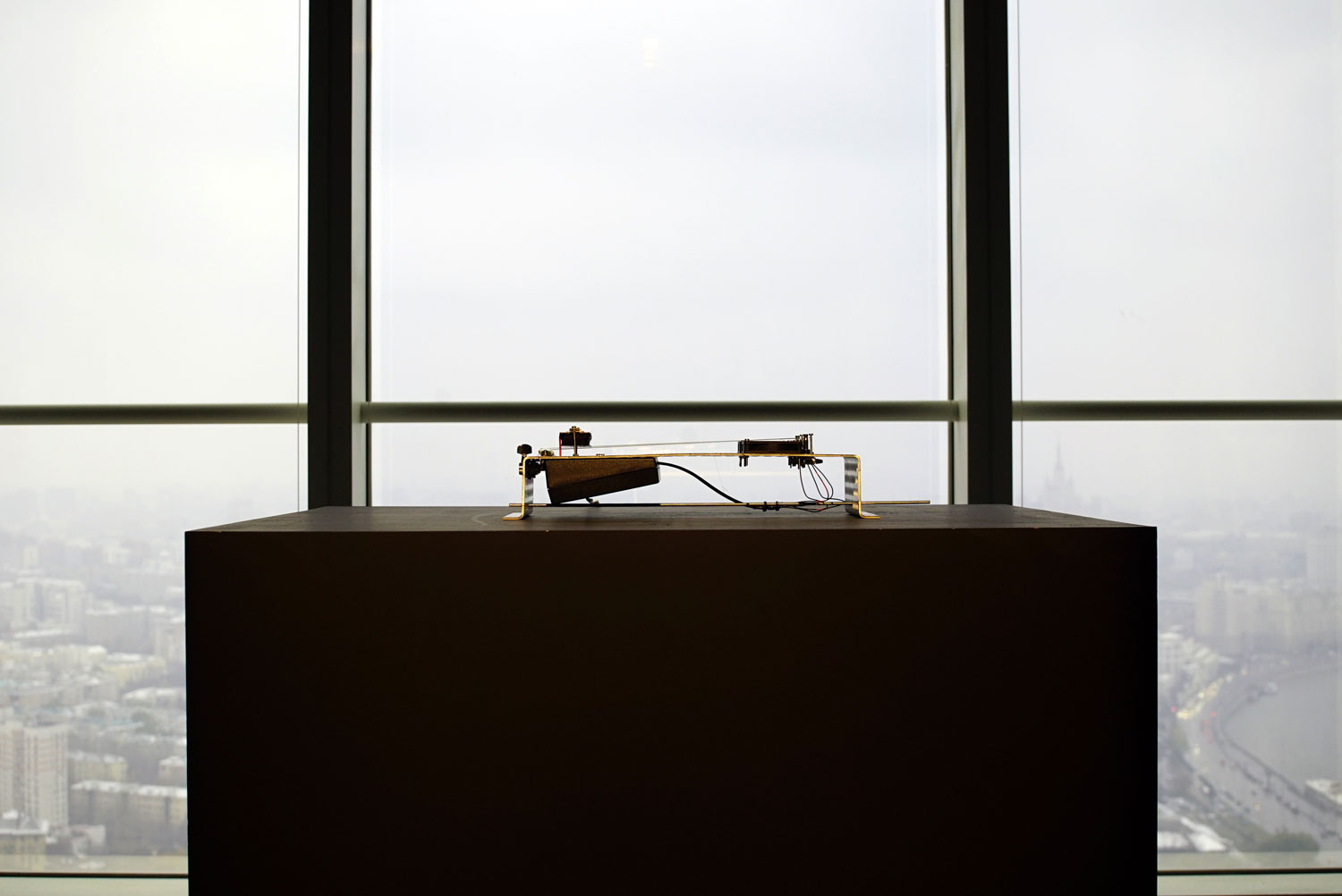 An instrument with 4 strings that begin to oscillate from an altering magnetic field. Several powerful magnets are mounted on the blades of computer coolers. The speed of the fans is constantly changing, due to which the frequency of changes in the magnetic field changes, and each of their 4 strings gradually begins to oscillate or fade (depending on the coincidence of resonance frequencies), creating a smoothly changing chord. As the body of the instrument used a detail of unknown purpose, which has sufficient flexibility, because of what constantly swims the strings, creating an additional sound effect. The sound is recorded by a guitar pickup. 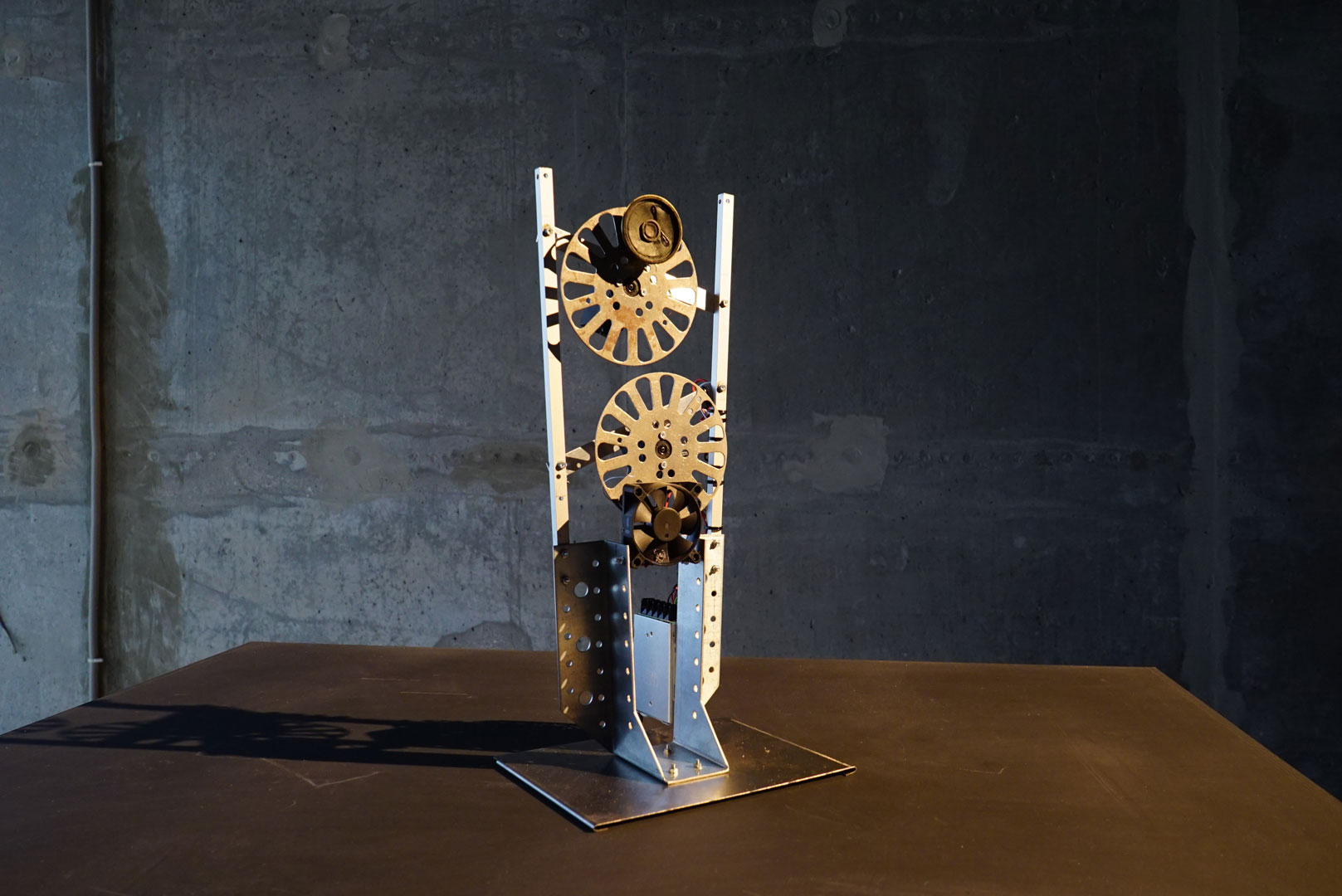 The object is simulating the sounds of an anti-tank missile. On two disks, which are parts of anti-tank missiles, a speaker and a small microphone are installed. At the moment when the phases coincide, so that the microphone is close to the dynamics, a feedback whistle symbolizing the flight of the rocket is formed. Also on the object, there is a small computer cooler that blows onto the microphone when it comes behind it, creating the sound of a retiring rocket jet engine. 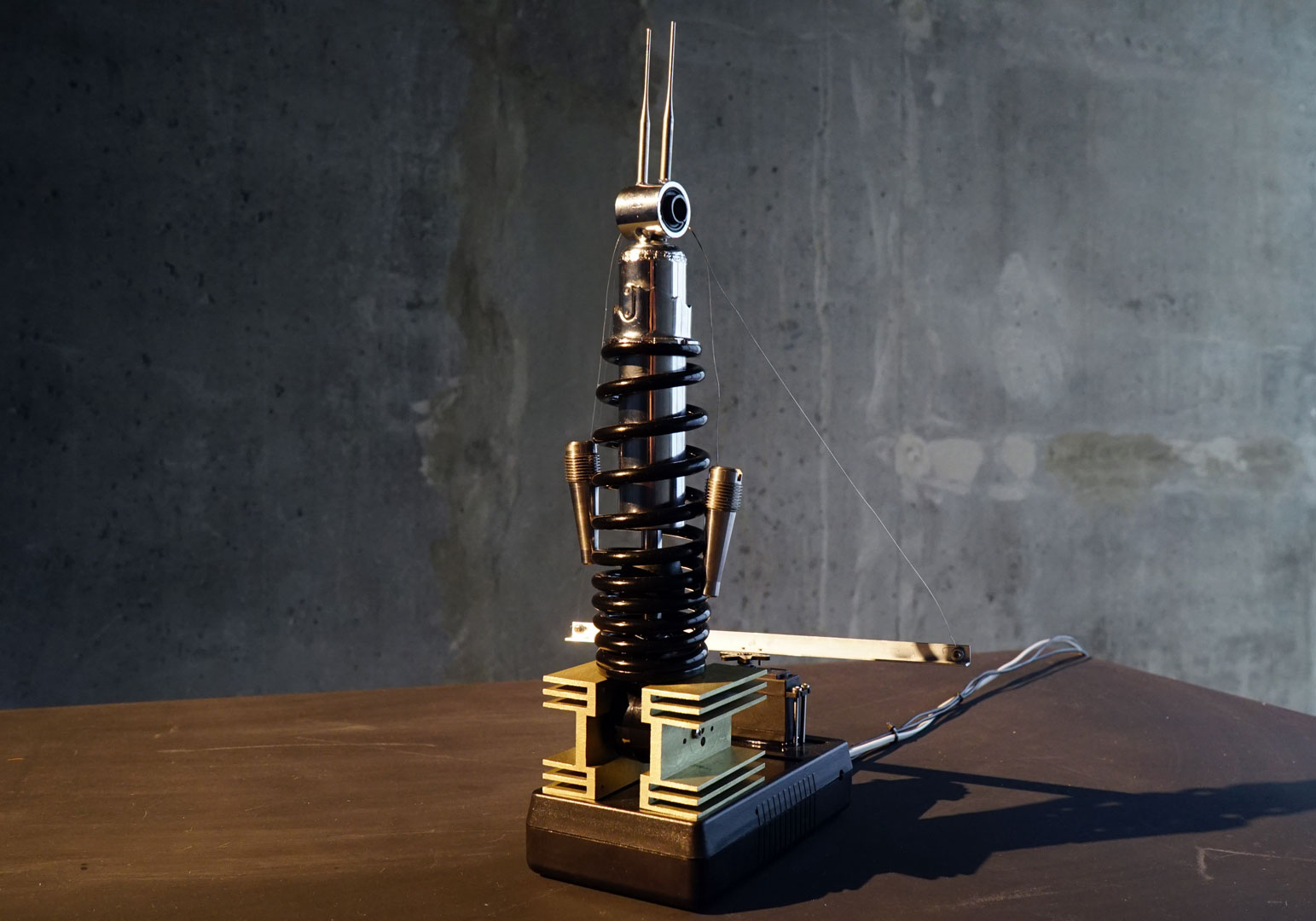 Abstract kinetic object. The primary element of the object is the spring from an unknown motor-technical vehicle, along which several weights are found, found in the precision machining shops. 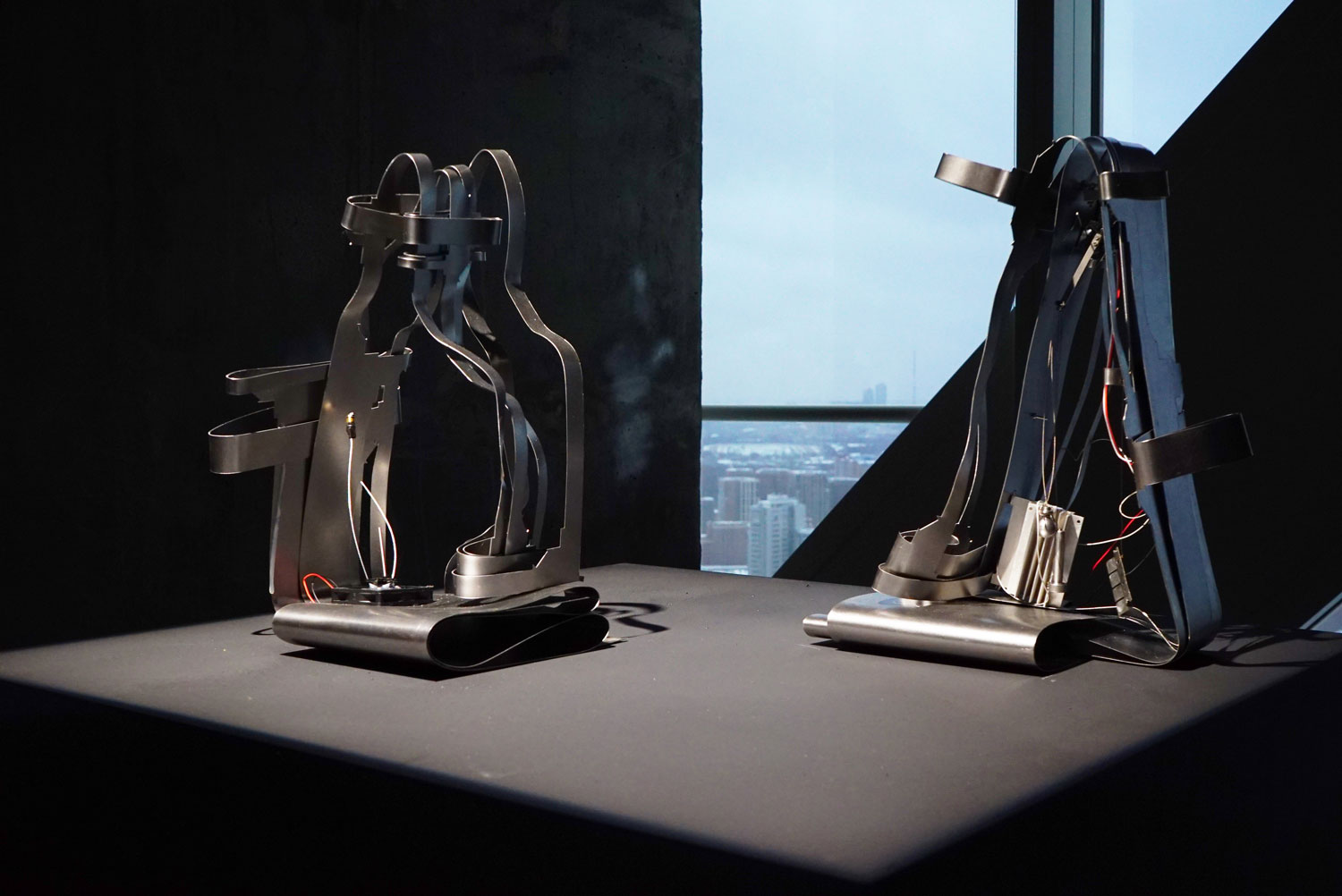 Kinetic pendulums were working like percussion instruments. As the basis of the objects, the folded remains of metal sheets after punching were used. 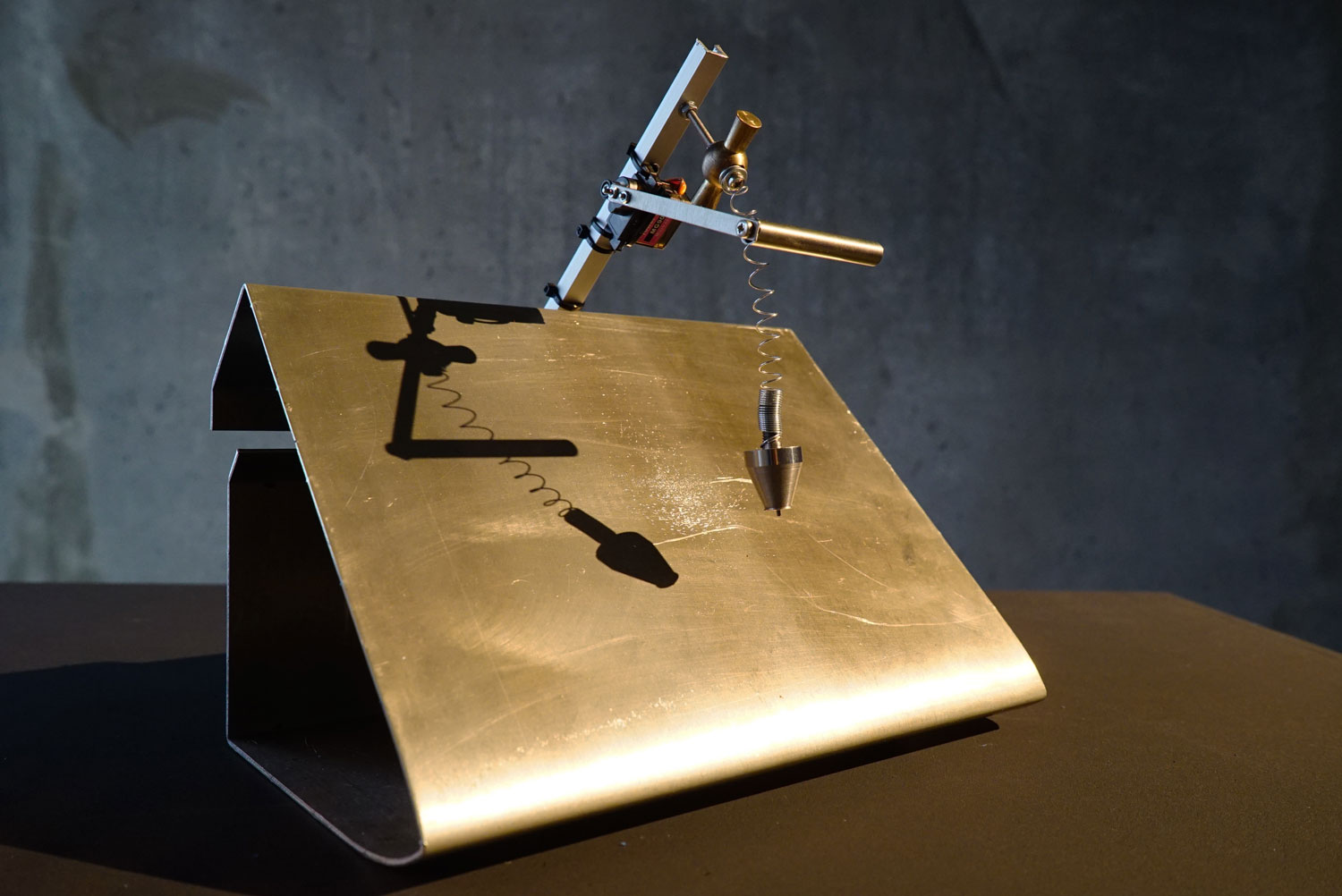 Randomized gong from a thick billet on the basis of a sheet of stainless steel. 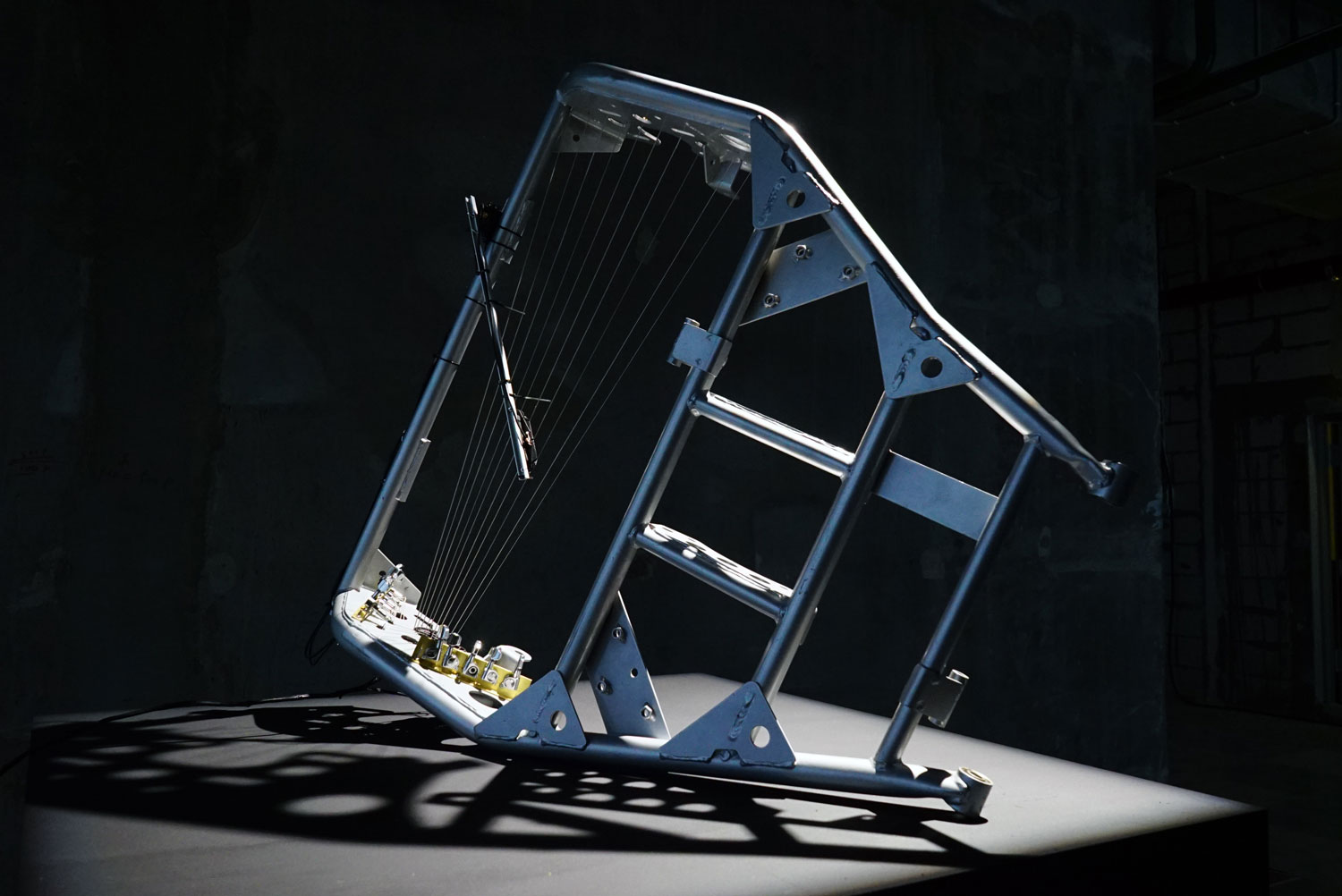 Robotic harp, manufactured by their skeleton for an all-terrain vehicle. The peculiarity of the object is that a guitar pickup is used as a bow. Thus, the strings do not oscillate as they should on a standard stringed instrument but are rubbed.