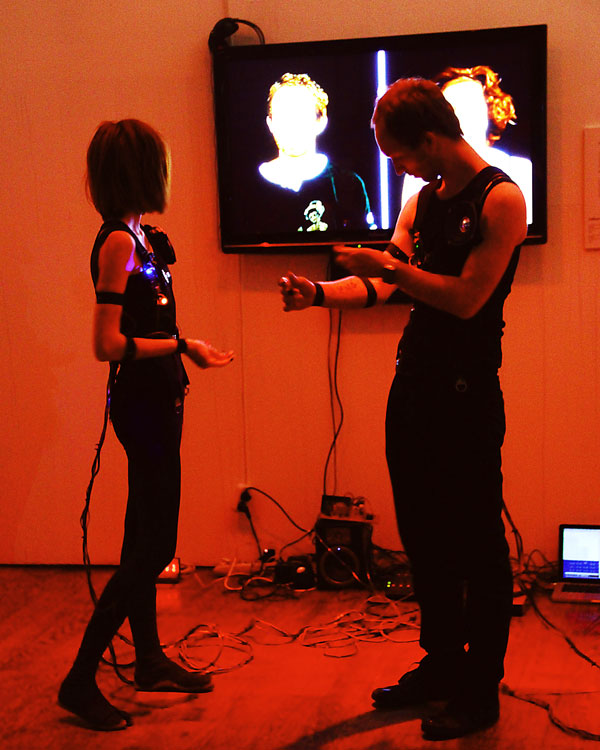 A performance with electronic sound suits.

Two performers, approaching the audience, began to “sound.” The sound was a symbolic contact, reminiscent of the conversation in different languages.

As the performers approached each other, a new sound arose, each with its own, but together they merged into one harmonious chord and resembled the speech of people who speak both languages ​​understandably for them and can interact with each other. 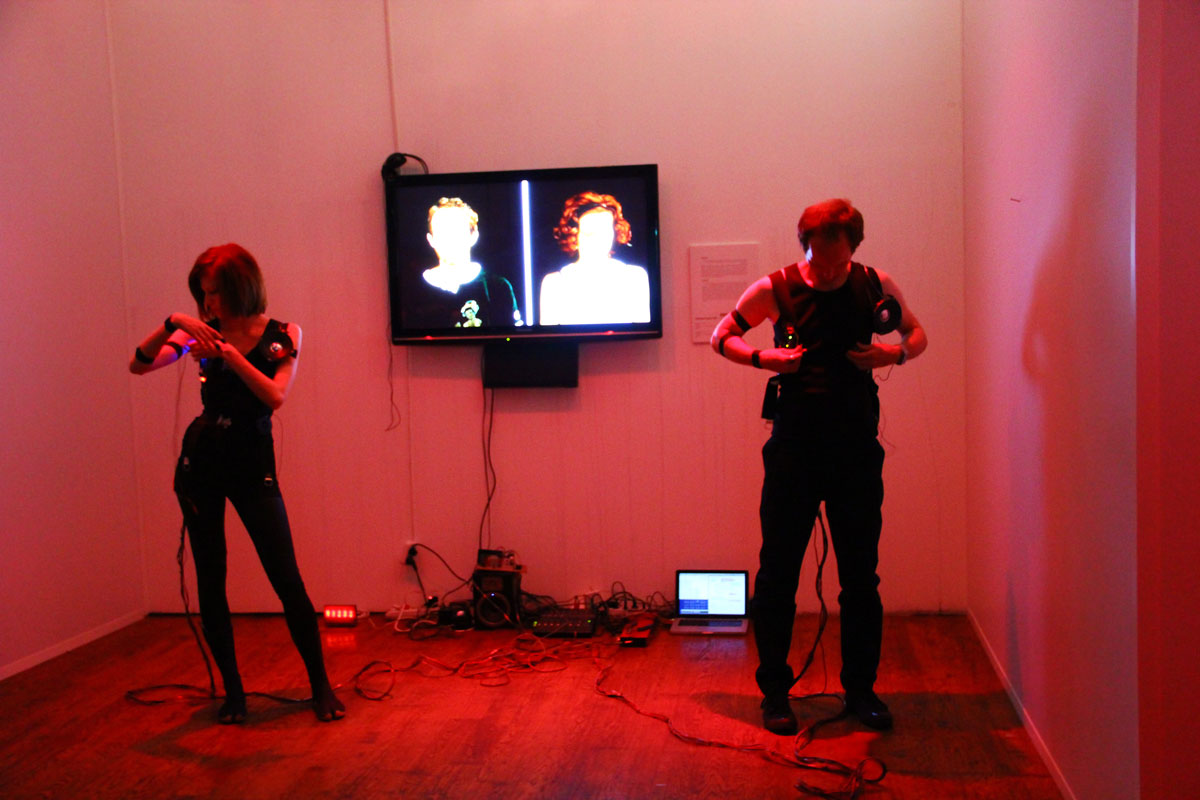 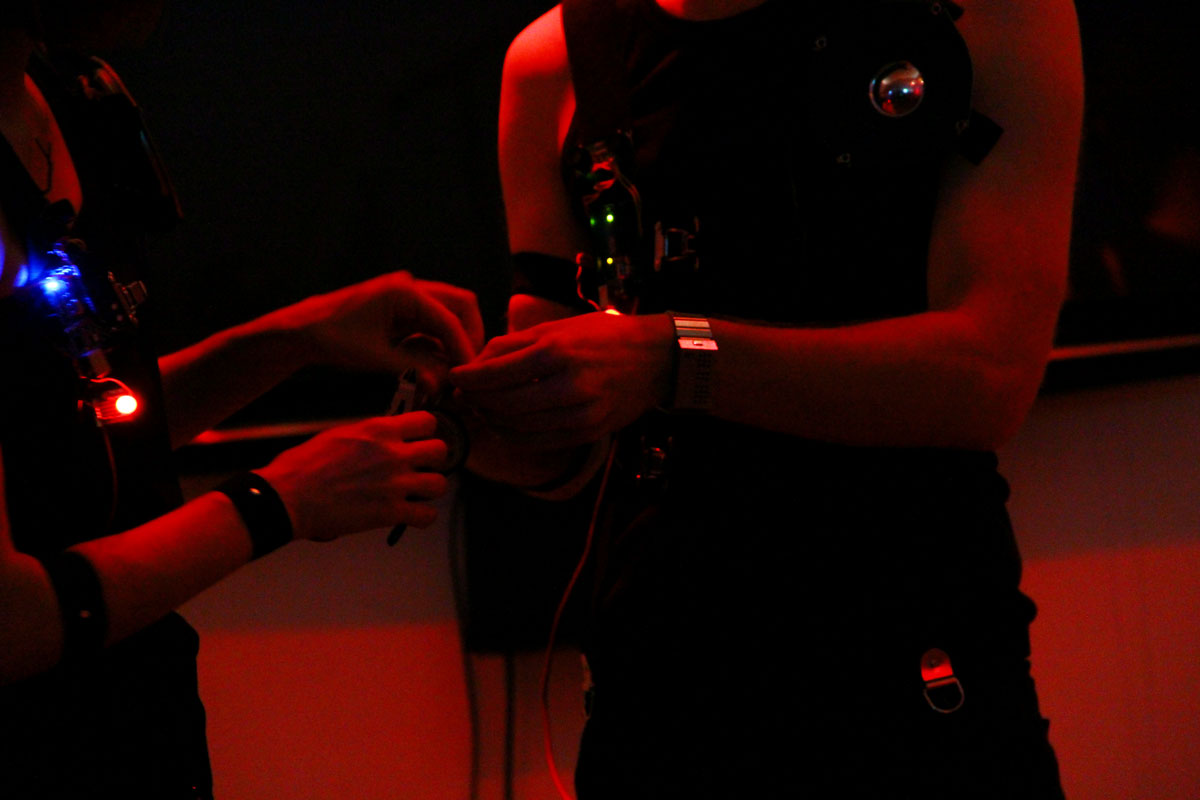 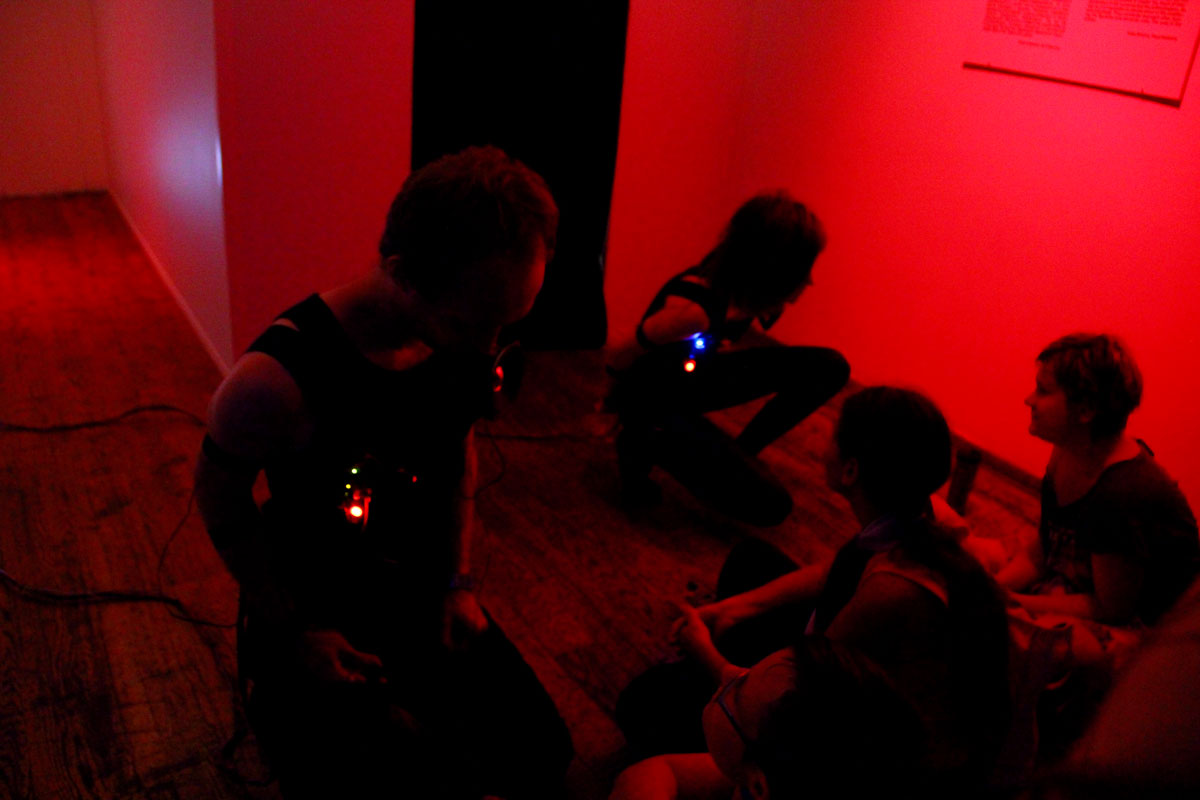 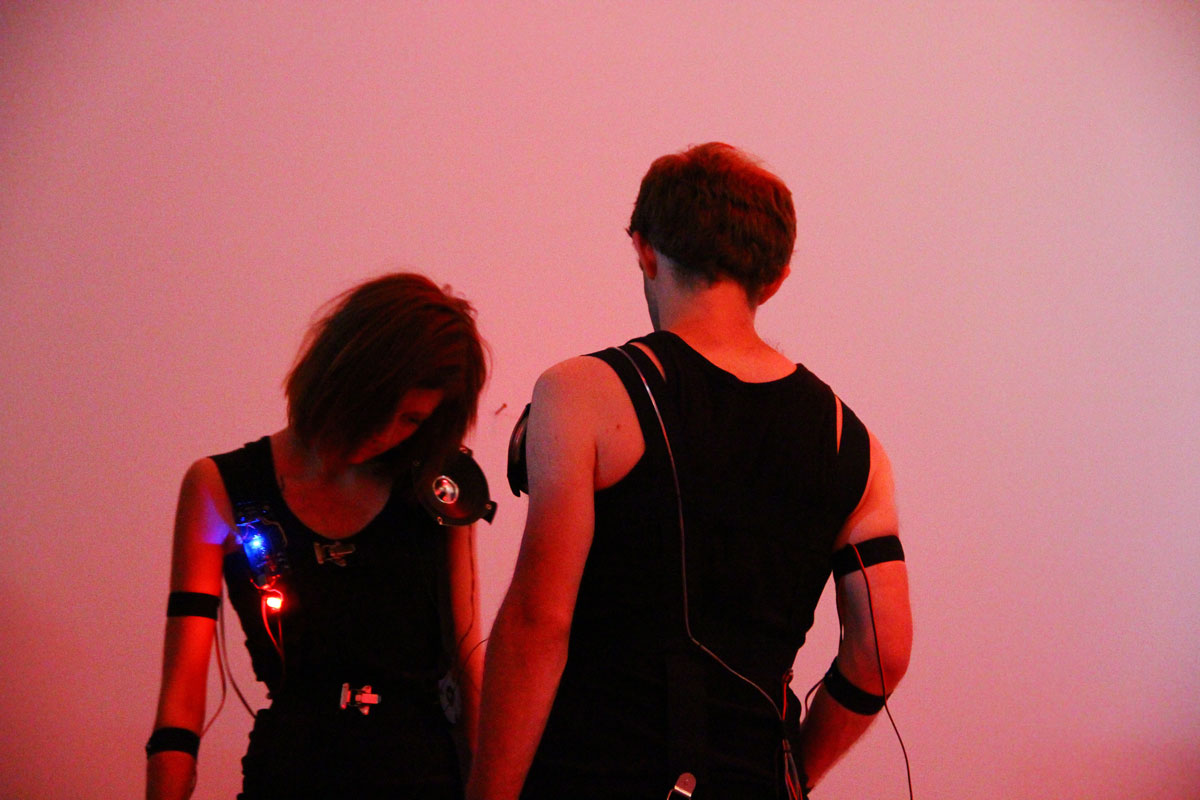