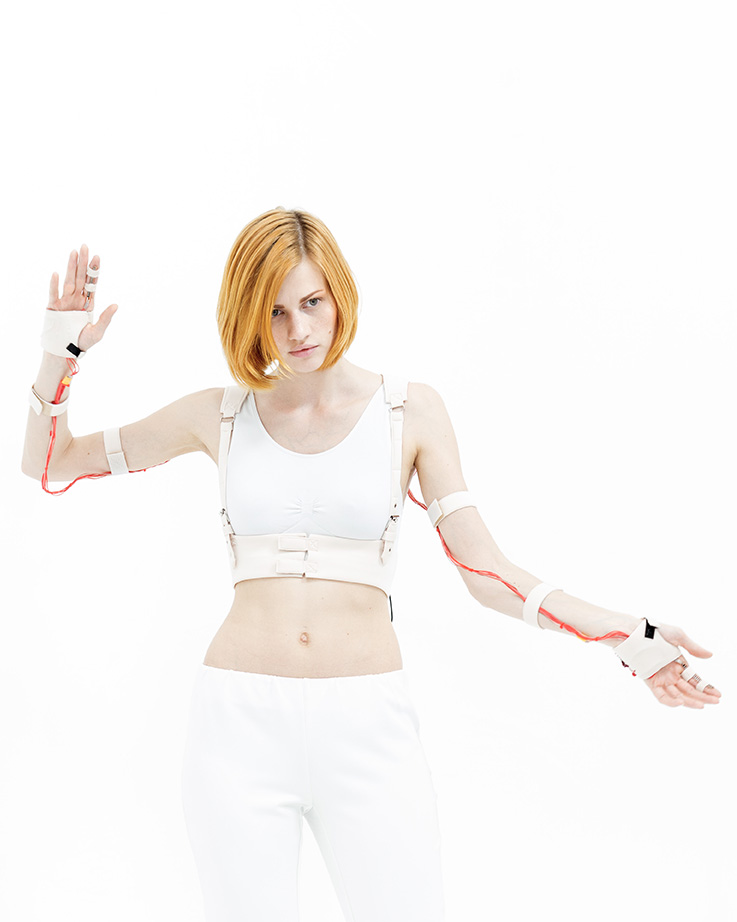 People are no longer interested in being just full-fledged, everyone wants to gain additional abilities with the aid of technological advances.
This project explores the possibility of everyone to get what one wants for their body.
As an artist, who uses sound as an expressive tool in my works, I want to be able to generate digital sound independently from computers and other instruments, I wish that if not the body, then my clothes, which is the second skin, helps me to realize my needs.

For many years, humanity is moving towards cyborgization, but we have not yet been able to gain the ability to freely “finish” ourselves at our own discretion. The path of this technology to the “user” in the final result is an operative intervention, and it is directly related to blood and flesh. Through the artistic approach, this wearable device embodies the idea of ​​the intermediate version that is available to me now, the option between a musical instrument, clothing, a prosthesis and a dream of further improving the body. We all still have to comprehend the boundaries between the body and the foreign elements that populate them. 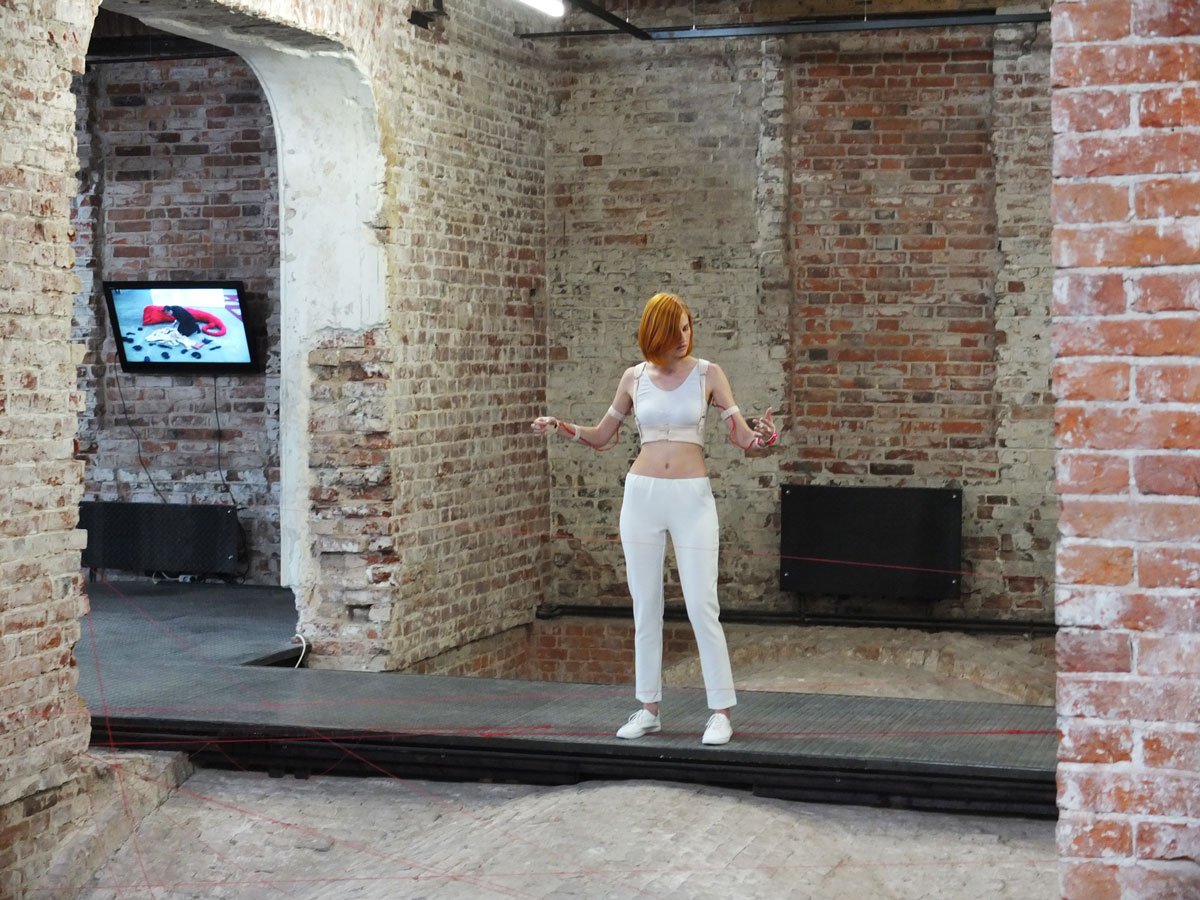 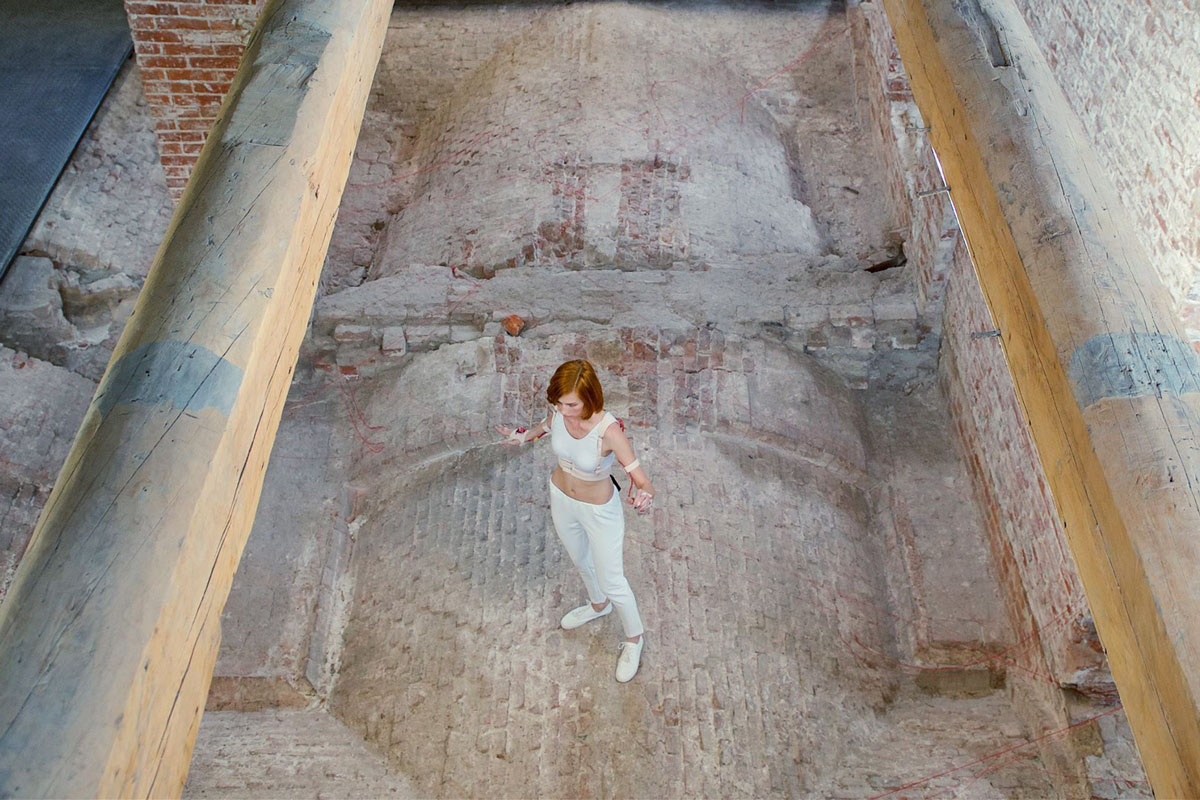 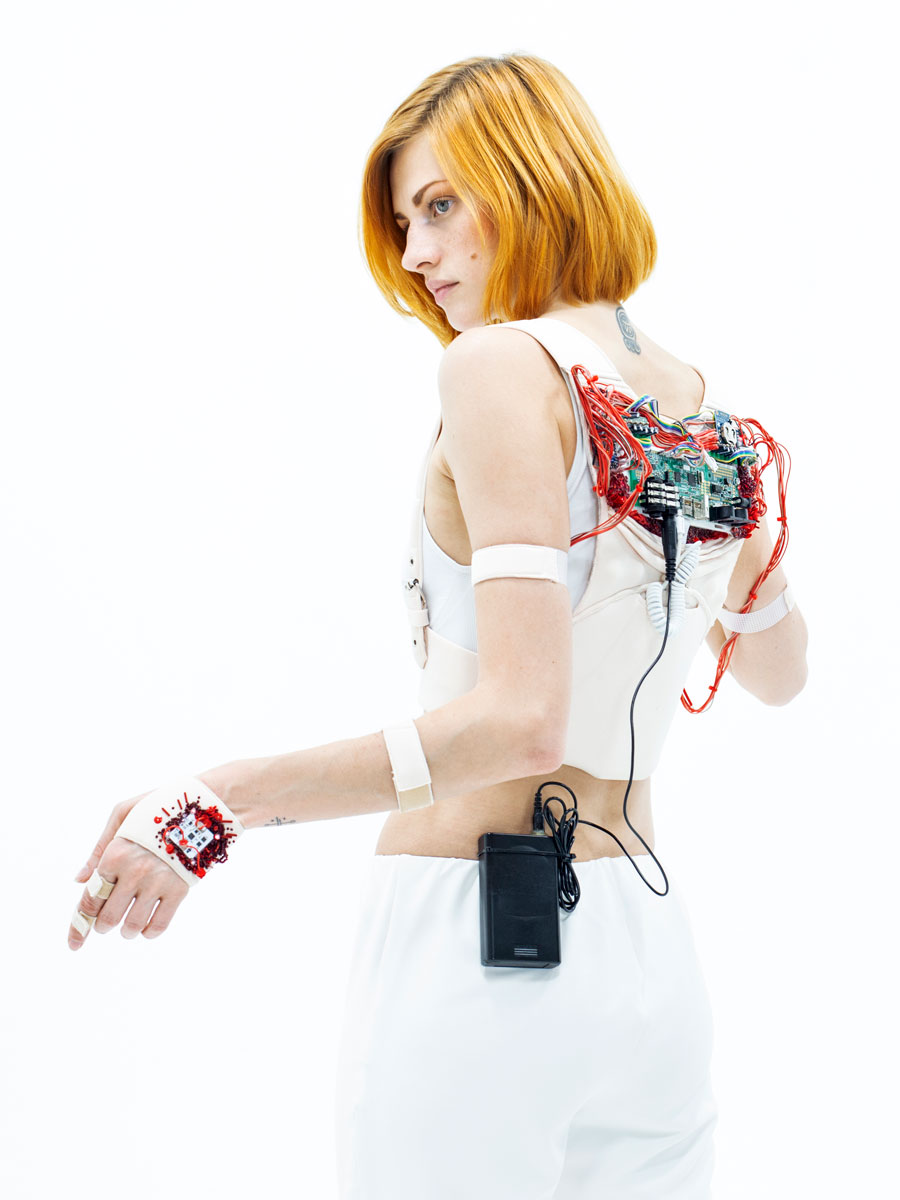 I would like to learn from my personal experience what is “widening the limits of one’s own body” and how does it work with my “original nature.” Through the course of the performance, I am trying to feel what happens when your musical instrument is almost a part of you. The instrument’s interface is your own body with its movements.
On the one hand, it seems that this is familiar and natural. On the other hand, you realize that, this is something of another nature, something, that you are not accustomed to yet.

Wearable Autonomous Sound Machine generates and modulates sound according to the position of the arms and hands and the speed of their movement in three axes of space. The movement of the right hand generates the wave, while the movement of the left hand modulates a signal, controls the filters and envelopes, as well as other indicators.
12 data streams coming from the gyroscopes and accelerometers give you an opportunity to get a large number of sound variations.