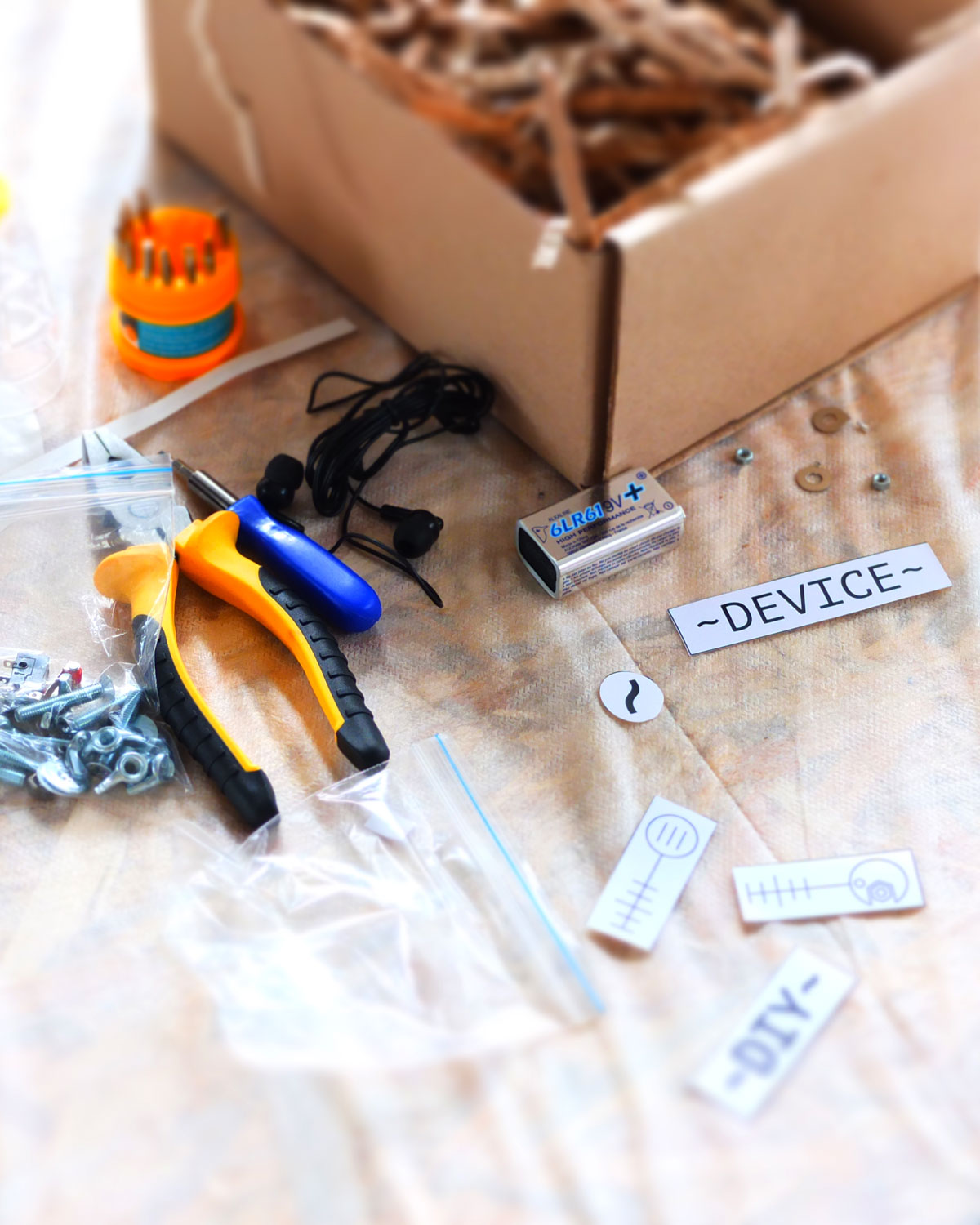 A workshop on the creation of the electronic-acoustic musical instrument.

Participants in the workshop were offered sets, from which each independently produced their own portable musical instrument

The idea was to create a musical instrument using the things that are usually considered garbage: cans, springs, strings, nuts, bolts, wheels, toggle switches, buttons and other objects that can make a sound.

Also in the set were electronic components and elements for decoration, which the participants had to dispose of independently and give an individual look to their instrument.

The workshop is designed for children, to whom it is important to show the potential of objects, at first sight ordinary, can be much higher than it seems. That the concept of “music” and “sound” is much broader than it is commonly believed. That you can create something “working” even from garbage and it’s interesting. 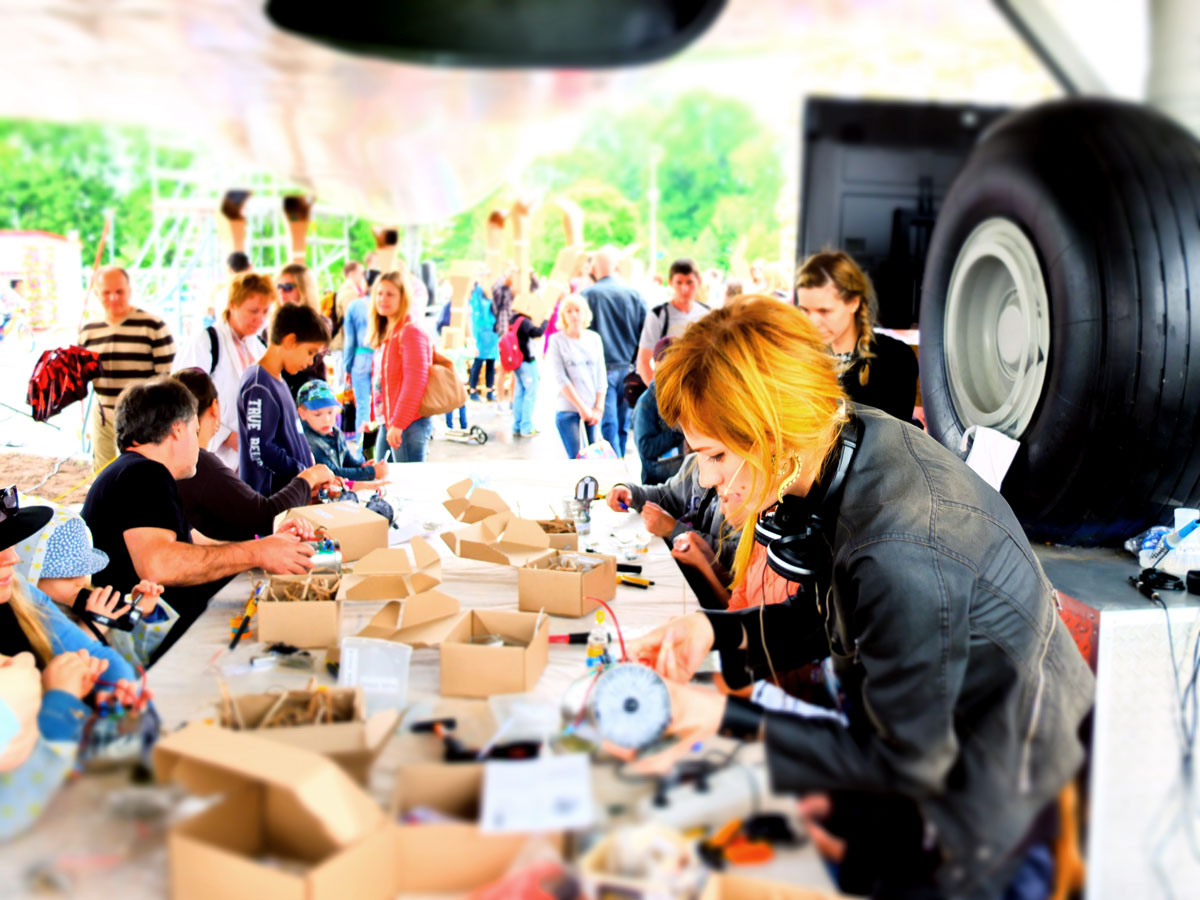 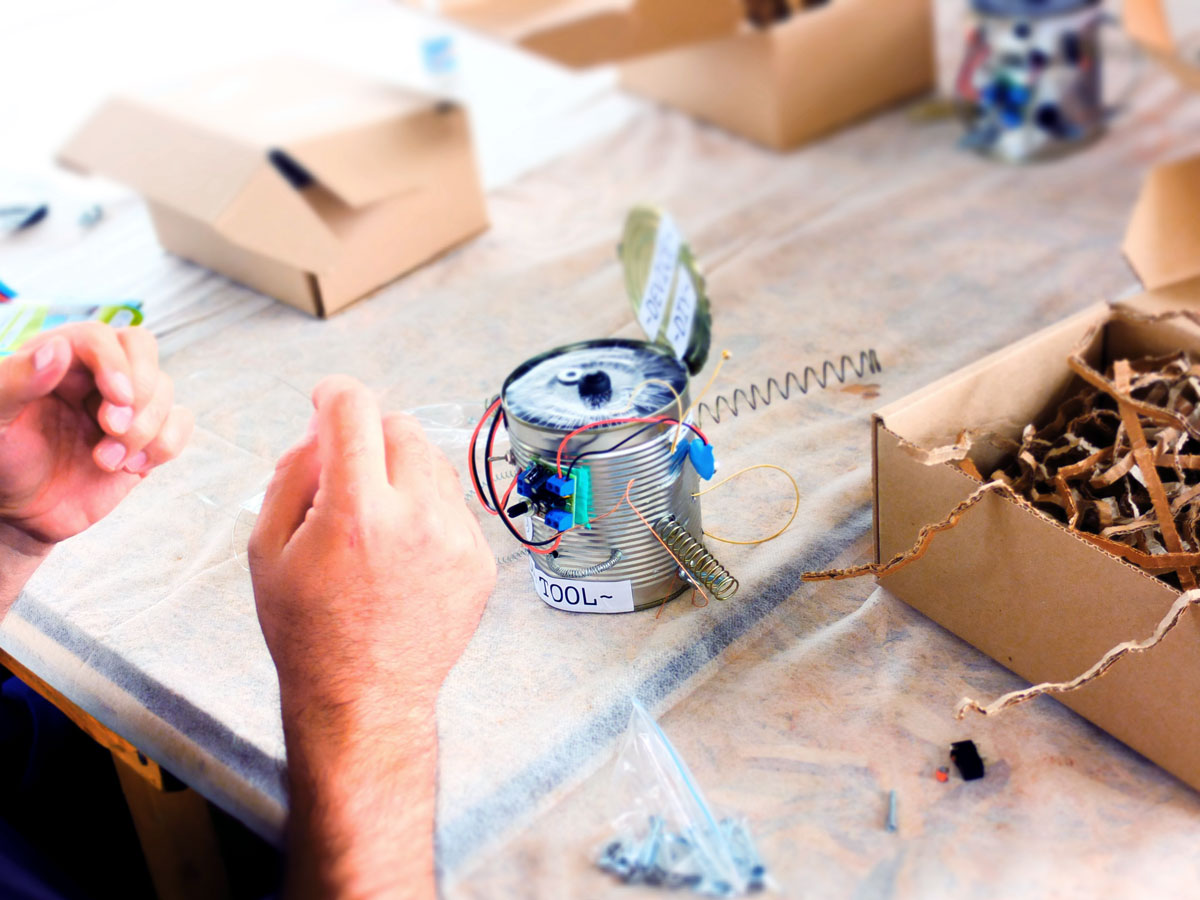 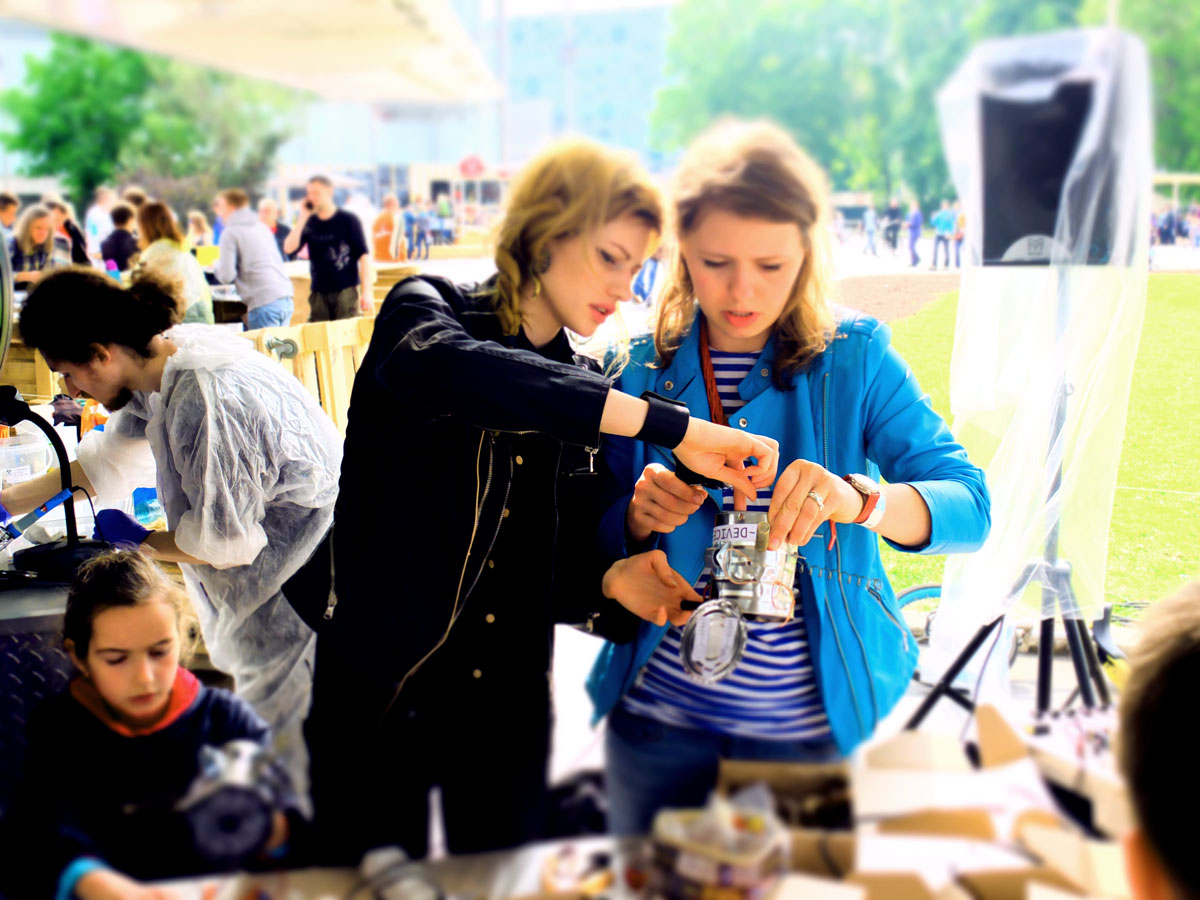